1. Texas Tech can either continue to lean into offense or go the other way.

With Kliff Kingsbury out, the Red Raiders must figure out if they want to continue down the air raid path they’ve been on for the better part of the last two decades or if they hire along the lines of Baylor’s Matt Rhule. That would mean hiring a coach who will zig while the rest of the conference zags.

West Virginia head coach Dana Holgorsen is in the mix, and could even be the early favorite. The former TTU offensive coordinator under Mike Leach is 61-40 at WVU and has significant connections in the Lone Star State. This doesn’t surprise the decision makers in Morgantown, who have begun to contact potential candidates to replace Holgorsen if he leaves.

2. Western Kentucky’s dismissal of Mike Sanford came as officials felt like Sanford had lost the fan base, a recurring narrative during his two years in Bowling Green.

Sanford replaced Jeff Brohm and his back-to-back conference championships, but Sanford and his staff saw heavy attrition and discipline issues. According to one source, “The expectation for football at Western is at its highest ever. It’s a young program historically, and the fan base didn’t expect to rebuild after Petrino and Brohm. Selling that was impossible.”

Sources indicated that despite the late-season surge — including WKU’s first-ever win over Louisiana Tech in Ruston, La., — Sanford’s fate was sealed earlier in the year.

Multiple sources connected to WKU believe that the school might’ve already been in contact with a specific candidate to replace Sanford, reportedly Tennessee OC Tyson Helton.

Sanford is a former play-caller at Boise State and offensive coordinator and QB coach at Notre Dame who is immediately a sought-after coordinator candidate.

3. North Carolina’s not really gonna do the Mack Brown thing, will they?

First and foremost: the chatter around Brown is very real. Inside Carolina reports the deal is essentially done.

It starts with the fact that Brown wants to get back into coaching. He’s 67 years old, the same age as Nick Saban and two years older than Les Miles. The feeling is that there are only a few jobs Brown would return to take, but UNC is one of them.

Brown’s enjoyed his time at ESPN, but his competitive fire still burns. His time at the four-letter network is as close to coaching as you can get without actually toeing the sideline, when it comes to preparation and scouting. It also kept him very visible.

One name connected to the potential Brown hire would be Texas A&M assistant Tim Brewster, a longtime Brown assistant who still has ties to the area.

Satterfield has an obvious in-state connection, and the Mountaineers are good this season. But they’ve been good the last two seasons too. The difference now is the fact that he hired Jimmy Sexton as his agent last offseason.

4. Where does Maryland turn after the self-inflicted nightmare of the last six months?

Former UMD offensive coordinator Mike Locksley is the clear No. 1 to replace DJ Durkin. His recruiting ties to the D.C./Maryland/Virginia area are a heavy trump card.

There are said to be residual feelings to sort out between Locksley and athletic director Damon Evans, because Locksley didn’t get the job when it went to Durkin in December 2015. Locksley had been Maryland’s interim head coach and had a loud camp of backers, the same ones now urging the school to hire him. Evans was the No. 2 person in the Maryland athletic department then and deeply involved with the coaching search. But fences can be mended if both parties want Locksley at Maryland now.

5. Colorado’s been pretty quiet but could continue with a defensive guy.

Vanderbilt head coach Derek Mason is drawing attention at Colorado, both for his extensive Pac-12 experience (the Phoenix native spent four years as an assistant at Stanford) and his defensive acumen.

There’s talk beyond Purdue head coach Brohm, as financial discussions have slowed progress for a move the overwhelming majority of the coaching industry predicted would happen once the Cardinals fired Bobby Petrino.

One name who you can probably take out is former head coach Charlie Strong. Despite whispers that the Cardinals might get the band back together if they miss on Brohm, don’t count on it. Strong’s very public link to a divorce settlement involving a former Louisville trustee means there is little love lost between the two parties.

7. As for Strong’s current job, he is probably fine for now. It might surprise outsiders, but all is not calm in Tampa.

The Bulls played well under Strong in his first season, but 2018 was a clear step backward. They started 7-0 and almost lost to UConn (one of the worst teams in FBS) in the seventh victory. Then the Bulls finished 7-5.

It does not help Strong’s case that UCF has outstripped his team in the region and that USF has still never won an outright division crown. The Bulls were punchless against the Knights in their 2018 game, even after UCF QB McKenzie Milton went down.

The offense is the main concern for USF, and coordinator Sterlin Gilbert will probably be the fall guy this season. Strong will likely get another year in charge, but if the Bulls struggle next season, expect his name to come up in hot seat talk.

7. Charlotte could be using Tiger connections to chase a Clemson assistant.

The leader is Clemson co-offensive coordinator Tony Elliott, a rising star in the industry who might follow Chad Morris in leaving the Tigers offense for a bigger gig.

Charlotte AD Mike Hill has some Clemson connections. Besides being from there, he was linked to the Clemson AD job when it opened in 2012.

The talk among coaches is that Charlotte wants to pursue an aggressive recruiter with ties to the region, valuing that over head coaching experience. Other candidates include Army defensive coordinator Jay Bateman, Alabama wide receivers coach Josh Gattis, and South Carolina defensive coordinator Travaris Robinson.

Questions about Addazio’s job security seemed ludicrous after a 7-2 start. But an expected loss against Clemson was followed by a collapse against a poor Florida State and a blowout at the hands of Syracuse. 7-2 with momentum quickly turned into 7-5 and another mediocre bowl berth.

Addazio has now won exactly seven games in five of his six seasons. However, consider that the Eagles are in the much tougher division of the volatile ACC. It is very tricky to upgrade a consistent program that has regional disadvantages like BC does.

9. Houston fires coaches for losing four games, except this one time.

Despite the legendary bravado of Houston administrators and supporters, head coach Major Applewhite is safe despite an 8-4 campaign in which the Cougars lost three of their last four.

However, UH is concerned they’ll lose offensive coordinator Kendall Briles, as he’s set to interview for the vacant Texas State head coaching job. Briles is credited with sparking a huge turnaround for the offense this season.

10. The hell is Illinois doing?

It’s not lip service to say that the Illini really believe Lovie Smith is the long-term guy. They’re quite literally putting their money where their mouth is, extending him through 2023.

11. The magic has run out at Kansas State. Now what?

What exactly will happen to Bill Snyder remains a mystery, but it seems like every offseason lately, Kansas State is at this point. The loss to Iowa State was not good for Snyder, and now we wait to see if K-State will part ways with the guy whose name is on the side of its stadium. 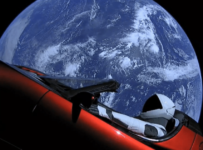 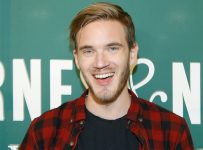