More than 1,200 events are taking place across the country over the next week as part of Science Week.

The organisers, Science Foundation Ireland, say this year’s festival is the biggest ever with attractions for all ages.

Among the highlights will be an investigation into Zombie Science at the Cavan/Monaghan Science Festival on Tuesday.

While this evening at Páirc Uí Chaoimh in Cork a forum including leading Irish rower Mark O’Donovan will examine connections between gut health, fitness and performance.

Suzanne Kane and PJ Gallagher’s Dubland podcast will takeover at the Laughter Lounge tomorrow for a Science Week themed event.

For the second year, SFI will also be running its #StopAndAsk campaign, which invites the public to ask questions about the world around them on social media.

These will then be answered by a variety of experts.

Among the questions already registered are “Could Spiderman really exist?”, “If I breathe in enough helium would I float?” and “How does an autistic brain work compared to a neurotypical one?”.

The government is encouraging people to get involved in local events and to connect with the scientific community here.

RTÉ will feature a large number of science themed programmes, broadcasts and events across the week, including  GROWING UP LIVE, an insight into the development of humans from birth to death, across three nights from Tuesday to Thursday.

A full list of the 1,200 events is available at www.scienceweek.ie. 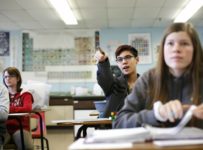