The Trump era has frequently been defined by its obliteration of political norms, the accepted way for the country to be governed, elections to be conducted, and political rivals to treat one another.

Among the disregarded norms was the expectation that the president of the United States would not throw his own government’s intelligence community under the bus while standing next to an authoritarian despot on foreign soil.

Also done away with was the norm that presidents don’t personally profit from owning a luxury hotel down the block from the White House and use it as a hub for peddling foreign influence.

There was boring but important stuff, like the norm that Cabinet-level officials should be confirmed by the Senate, rather than allowing them to serve illegally and implement policy for years.

As the Trump era stumbles toward the exits, it’s worth looking back at the old rules that got blasted into oblivion in 2020, including the jettisoned norms that had little to do with Trump.

The president believing he’s responsible for administering the federal government

We already knew President Donald Trump was impervious to logic and reason, so it wasn’t shocking when he predicted COVID-19 would miraculously disappear with warm weather. But before coming into office, he did always try to fashion himself as “the Boss.”

When it came to actually being the boss of the federal government, though, Trump wanted nothing to do with it. Far from Harry Truman’s “The Buck Stops Here” presidential motto, Trump plainly declared that he didn’t take responsibility “at all” for the federal government’s early failures in getting accurate COVID-19 tests out to the public. As my colleague Linette Lopez put it, “Trump believes that with great power there comes no responsibility at all.”

Democrats rejecting due process in favor of conviction by accusation

Ever since the vile crimes of Harvey Weinstein were exposed in 2017, the #MeToo movement led to an overdue reckoning for rich and powerful serial sexual harassers who were summarily booted from their privileged perches in media, show business, and government.

But there were times when the pendulum seemed to swing too far, and, while not universally adopted, a number of prominent Democrats advocated for a policy of “Believe Women.” Such a rigid blanket statement was bound to prove flawed, which Joe Biden learned the hard way when he was accused by a former staffer of sexually assaulting her in the hallways of Congress.

Biden was the presumptive Democratic nominee when the allegation went public, and with similar swiftness the pendulum swung back. Now that the accused was the nominal leader of the party, the same Democrats — including Nancy Pelosi and Biden himself — who once believed in conviction by accusation were extolling the virtues of “due process.”

Every sexual-assault claim should be taken seriously and investigated, but the idea that any accusation should be automatically believed based on the accuser’s gender was always a preposterous notion.

“Believe Women” in its most unflinchingly literal interpretation wasn’t the “norm” for Democrats for very long, and thankfully it is no more.

There have been moments in recent history when police brutality was a widely discussed national issue, only to fade after a time. But the outrage over the police killing of George Floyd in May brought racism and police abuse to the forefront of the conversation, and shows no signs of receding.

As a result, the political power of police unions and their intractable opposition to meaningful reform became a national issue. A complicating factor is the reality that police departments are administered at state and local levels, so reforms can be achieved only by pressuring local lawmakers. That’s going to make real reform an arduous process.

Still, it’s an unalloyed good that police unions, and their opposition to transparency and accountability, are now a national issue.

There was a time when conservatives were outraged by the federal government’s overreach into local matters. That’s how words like “Ruby Ridge,” “Waco,” and “Bundy Ranch” became right-wing shorthand for tyrannies that must be resisted by “patriots” with guns.

But then Trump sent federal law-enforcement agents — sometimes with the identities of their agencies concealed the public — into “Democratic-run” cities. These camouflage-clad agents were ostensibly there to protect federal buildings from protesters. But without the consent of local leaders, Trump’s troops arrested people in unmarked vans, far from government buildings, and fired rubber bullets and tear gas into crowds.

Trump also used the National Guard to knock around peaceful protesters outside the White House so that he could stage a photo op. Trump’s former defense secretary and retired four-star Marine Corps Gen. James Mattis said of his former boss’ abuse of power: “Never did I dream that troops … would be ordered under any circumstance to violate the Constitutional rights of their fellow citizens —much less to provide a bizarre photo op for the elected commander-in-chief, with military leadership standing alongside.”

Conservatives didn’t make a peep. Suddenly they supported the federal government displaying, as Trump put it, the “power of strength.”

Sure, there’s a certain comfort to the spectacle of thousands of activists, delegates, and media herded into an arena for four days of over the top bluster and pageantry. But when it comes down to it, the RNC and DNC are just four daylong commercials for their respective parties.

And we, the American public, still had a few hours a night of touchy-feely Democratic attempts at heartstring-pulling, as well as an equal amount of time for Republicans to praise their Dear Leader and scare the hell out of suburbia with ridiculous visions of a coming socialist apocalypse.

For the public, the conventions were pretty close to what they always were, if a bit more awkward. And like most conventions, they were quickly forgotten.

When Supreme Court Justice Antonin Scalia died, in February 2016, the Senate Majority Leader Mitch McConnell insisted that any confirmation hearings to replace the late arch-conservative justice should wait until after the presidential election — nine months in the future. The GOP talking point at the time was that the people should determine the political leaning of the court.

Despite that period representing nearly one-fifth of President Barack Obama’s term, Republicans insisted he had no right to have his nominee, Merrick Garland, be considered.

Democrats were powerless against such tortured logic and flagrant hypocrisy, and Trump made his third SCOTUS nomination in less than four years.

Amy Coney Barrett was swiftly confirmed less than a month after Ginsburg’s death, giving the conservatives a 6-3 advantage on the court, an advantage that could last more than a generation.

Among Trump’s favorite epithets is “loser.” And no matter the damage it does to the country he professes to love, he just won’t admit he’s a loser.

This is in spite of the fact that he decisively lost the election in the Electoral College, was positively thumped in the popular vote, and his lawyers baselessly alleging voter fraud have a nearly perfect record of being resoundingly defeated in the courts. Trump is 2020’s biggest loser.

If he were the patriot he claims to be, he’d have committed to the most American of political norms: the peaceful transfer of power.

Instead, he insinuated before the election that he would not accept the results if he lost, hasn’t offered congratulations to Joe Biden, and hasn’t told his followers that they fought the good the fight but the time has come to accept the democratic will of the people and support the incoming president, if not his policies. And it’s not likely he ever will.

What makes the damage so much worse than it had to be is Republican complicity in Trump’s extended tantrum.

That goes for the 106 House Republicans who signed on to one of the defeated president’s reality-bereft legal challenges to the election.

And it goes for Senate Majority Leader Mitch McConnell, who, true to character, stayed mum and coy until the Electoral College put an end to Trump’s voter-fraud hoax once and for all. When faced with the choice of putting the country first and disrupting a coup attempt, or offending Trump and risking the wrath of his base, McConnell went with the option most likely to keep him in power. RIP, GOP patriotism.

As 2020 mercifully recedes into history, this is the most important and tragically destroyed norm, as it has directly led to millions of conservatives disbelieving the results of a legitimate election. It’s unclear whether that will ever be normal again. 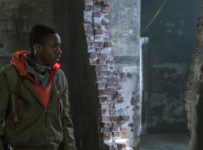