Some of the monarch butterflies we see during the summer months in Wisconsin are now making their way to Mexico to overwinter, and in the spring, will return north again.

Karen Oberhauser, UW-Madison Arboretum Director, spoke about this journey, along with their life cycle and conservation efforts during the Oct. 8 Waunakee Rotary virtual meeting.

She is part of the Monarch Joint Venture, a national organization with 90 agencies working to preserve the monarch population. Much of that work is done by citizen scientists who help collect data to track the butterflies, she said.

Monarchs have a complex life history, and citizen scientists play a crucial role in understanding it.

Oberhauser said the time period for each of these stages depends on the temperature, and at the end of the season it can last longer until they emerge as adults.

Their average lifespan for an adult monarch is three to four weeks, except for the migratory generation, which can be as long as 8-9 months.

After migrating to Mexico, they put off reproduction because of the cooler temperatures.

Monarchs are completely dependent on milkweed, as the caterpillars eat only that plant. While more than 100 different species of milkweed exist, four are most common in Wisconsin.

Adult butterflies can eat pretty much any flower, and Oberhauser showed pictures of them taking nectar from lilacs in the spring, then coneflowers, blackeyed Susans, asters and blazing stars later in the season. She said they particularly like the blazing stars.

Depending on where in the U.S. monarchs migrate to in the spring, their routes south to Mexico are different.

On their way back north, they will lay eggs along the way and these butterflies will migrate.

Once in Mexico, they basically roost in the trees, Oberhauser said.

Citizen scientists across the United State monitor their progress, providing data at each stage of the cycle on a website, journeynorth.org. They include pictures of the first monarch of the year and track their migration in the fall.

The main reason for the decline is a loss of breeding habitat, and we can all do something to bring habitat back.

Showing a photograph of a lawn with no flowers, she noted, “There’s no reason that yards need to look like that. That’s really habitat for nothing.”

Instead, we can plant milkweed and other flowers in places where we live, work or play. In Iowa, some farmers are setting aside land for prairie between their farm fields. This not only provides habitat but helps with erosion. Milkweed also be planted in right-of ways, protected lands and marginal agricultural fields.

People can help by becoming citizen scientists and helping to collect data, supporting conservation organizations, and spreading the word.

People sometimes ask Oberhauser why they should care about monarchs. She noted that when we protect their habitat, because it’s shared with other species, we’re protecting habitat for many other plants and animals. 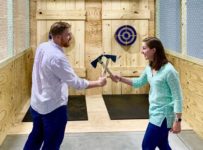 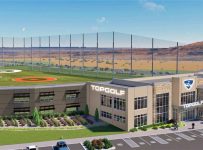