Former Blizzard Entertainment chief security officer (CSO) Mark Adams has joined Adobe as its new CSO and SVP, where he will play a key role in shaping the future of the firm after Flash.

Before a four-year stint as CISO and then combined CIO and CSO at entertainment software developer, Blizzard, Adams had CIO and head of security stints at WFG National Title Insurance Company and SaaS developer HireRight.

Having graduated from California State University-Fullerton with a computer science degree in 2002, Adams spent the first four years of his career as VP of IT and security at Lending Tree, before moving on to gaming start-up Red 5 Studios and then the Automobile Club of Southern California.

Reporting to Adobe CTO, Abhay Parasnis, he will work closely with IT, product and legal to ensure Adobe systems and customers are protected, according to a statement from the firm.

“Going forward, I’ll be focused on security-related decisions across the company, leading the teams responsible for the security of Adobe’s infrastructure, products and services, as well as teams dedicated to security incident response and communications,” Adams said in a LinkedIn update.

“Suffice it to say that I feel hugely honored to take on this role. Adobe products have been enabling creativity in my life for so long that it feels like coming home.”

Adams joins Adobe at an exciting time for the firm, with its venerable but notoriously buggy Flash product about to be retired.

After December 31 2020, Adobe will no longer be providing updates for Flash Player, with support already removed from all major browsers.

That leaves Adobe free to focus on its line-up of cloud-based products and services, where Adam’s industry experience is likely to stand him in good stead. 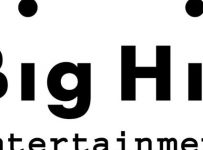 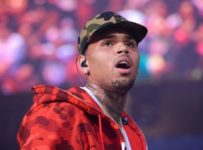