Long-term, exclusive partnerships feel increasingly rare in a Hollywood, which makes Jon Landau’s ongoing collaboration with director James Cameron, which has produced some of the most popular and successful films of all time, starting with Titanic in 1997, all the more notable.

Together, the two have made movies boasting new filmmaking technologies that have helped nudge (or catapult) the industry forward. Alita: Battle Angel, his latest producing project, brought Cameron’s longtime friend, filmmaker Robert Rodriguez, into the mix for a groundbreaking adaptation of Yukito Kishiro’s famous manga. Once again, Landau and Cameron push the boundaries of what’s possible on the screen, as Rodriguez explores an unseen, expansive world in a story they hope will prove inspiring — and empowering — to audiences and filmmakers alike.

Landau recently spoke to SYFY WIRE via telephone from Tokyo, where he and Rodriguez are in the midst of a publicity tour for Alita. In addition to talking about that longtime relationship with Cameron, he discussed the project’s long journey to the screen, the technological challenges the trio faces in bringing this epic to the screen, and the possibility of a sequel.

I saw this as a story about how young people maybe possess more power than they realize to affect change in a world that often seems very confusing and threatening to them. From the beginning of this process, what was this story about to you, and in what ways has the time elapsed since then made it maybe even more relevant than in 1999?

You nailed it right on the head. Jim Cameron and I are both fathers and when he decided that this was a movie initially he wanted to direct, he wanted to direct it because he had an eight-year-old daughter at the time. And, he saw this as a story to let her know that no matter what she thinks of herself in that moment, an insignificant this or that, that she has the ability within her to be something, to make a difference, to be unique, and not to be what everybody tells you who you are.

You don’t need superpowers to become a hero. There’s a hero inside of each one of us. And that is really a lot of what drove us. It’s not also just about girls, it’s about anybody. We’ve all felt that way somewhere, boys or girls, men or women, in our lives. But to remind us that inside of us is the ability to take control and make a difference.

Two years ago, you gave a presentation on the set of Alita that was virtually identical to what it feels like made it to the screen. Is that just a testament to the vision of James and Robert or just maintaining a unique resolve in an era where test screenings and studio interference can very often affect change the end result?

I think it’s resolve. One of the things that I always cite about Jim’s movies, and this is my first time working with Robert, is that Jim identifies a bullseye at a target that is very far away at the beginning of the film process, and he never loses sight of that target – when he’s in production or post-production or this or that. And as a former studio exec myself, I’ve seen movies where people say, in the middle of production, “oh, it should be funnier.” And someone tries to make it funnier, but it was never a comedy! So it’s about keeping your eye on the prize.

Jim, Robert, Rosa [Salazar], and I all had the same objectives when we went into this. And one of those objectives was to be true to the world that you Yukito Kishiro created. And that was a commitment we made to him and that we weren’t going to, I use this term, “Hollywoodize” his property. We were going to do the cinematic version of it, which to me are two different things. And that’s what we kept our eye on.

Why was creating practical sets particularly important on this movie after you and James had had so much success working in the volume on Avatar?

The difference between Avatar and Alita is Avatar is a fantasy world. It’s a world that doesn’t really exist. Alita takes place on earth. It might be a future earth, but we wanted to ground the film in a reality that gave both the actors something tangible when they were on the set to deal with and respond to, and also to give Weta, the visual effects company, a photographic standard that they had to strive to achieve in the parts that we were doing with computer-generated imagery.

James is so tremendously detailed and dedicated about now knowing how everything works technologically. The use of larger eyes on Alita was obviously to some extent an homage to the source material. But, in cases like that, does the filmmaking team find themselves reverse engineering the scientific justification for those? Or at some point do you just go “it’s sci-fi” and let it go?

What we’ve tried to do in our films in general is create our own science fact. It doesn’t have to be fact in our world, but it has to be fact in the way we present it and how we set it up and how we establish it. So in doing the eyes slightly larger, we had to design a face, hair that framed that face, all of those things to make it what we believe is a pleasing image that creates a character who creates empathy. And we learned on Avatar that we could have characters with bigger eyes because some of the Na’vi and the Avatars do.

Robert has discussed the fact that motorball was in book three of the source material, and books one and two were what James’ original script focused primarily on. Talk about the choice to integrate that into this story, and then how that came to be sort of executed to create a distinctive sport?

When Jim was setting out to decide what story to tell in this vast world that Yukito Kishiro had created, he chose to focus on the origin story and that was the first couple of manga [issues]. But having looked at the rest of the work, he felt that there was something so cinematic about the motorball that he wanted to find a way to bring that to open up the visual style of the movie. But in his scripts, Jim always uses action to service character. So for him the key was weaving character moments, narrative storytelling points that justify why she has to go into the motorball or what happens when she’s in it – that these guys were all coming after her, and all those things.

That gave us this opportunity to take something that Kishiro had drawn on the page in an illustrated matter and bring it to life in what I call that “science fact” standpoint. And when our designers designed these motorball players, they work! Their mechanics makes sense from a physics standpoint. And they were very true to that. And then we saw it as an opportunity when we first did some testing on one of these old fashioned roller derby tracks where we had a roller derby team come in and do some action. And we couldn’t get the speed that we wanted, because we saw this as a hundred miles an hour racing around the track on a much larger scale. So we turned to a combination of performance capture for certain deeds and straight animation to really bring the sense of the sport and the velocity of the sport to the screen.

Talk about what the film making team did to practically represent what the extras might be seeing to give them a sense of that intensity and the excitement.

As a matter of fact, that’s something we did even when we did Rosa’s screen tests. I had her come by and I showed her about a 12-minute art reel that we had put together on the whole movie so that she could understand this world that these scenes took place in. Because when we were doing the screen test, we were doing it on a set that we hadn’t yet built. We were doing it on a soundstage with cameras and lighting and all that stuff, but we wanted her to understand the world it was in.

Were there things or scenes that you guys shot practically that we might expect to have been done purely with CGI?

The gyrocycle is a good example. No, our gyrocycles did not have motors that drove them, but we had full gyrocycles there on the set as props, set dressing, and as movable things so they would be put on a dolly and be moved. So when they’re going through the city and Alita’s for the first time with Hugo on the gyro cycle, we’re actually pulling them through the streets of Iron City. We replaced the wheel with visual effects. But the rest of it, they feel the bike, and they feel that sensation of going through the city.

Disney taking over Fox seems to at least throw a question mark into the possibility of what the sequels to this might be. How comfortable are you with this being a complete story and how much expectation do you have about moving forward with that bigger narrative that you discussed on set?

Well, number one, we always thought first of this as a complete story. We feel that the movie has to deliver. The analogy that I make in terms of life is that the movie ends with a combination for Alita, but just like a high school graduation or college graduation, that doesn’t end the story. There’s more to go on. That’s what we try to say with this movie. She has a life that she’s going to go lead after this movie.

Now, we always viewed it as audiences will tell us really if they want a sequel. And I think that this is the type of IP that Disney doesn’t have in their arsenal. And I think they welcome, they embrace this type of IP that is not really in the Marvel Universe or the Star Wars Universe. So I’m very bullish on Disney’s take on it. The executives that I know there who have seen the film now have all been very positive about it, so I think it’s all good. 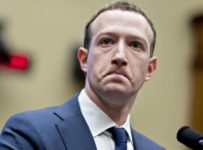 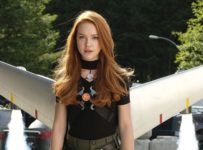 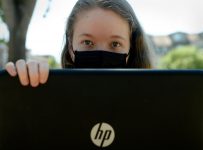