With more than 50 people infected by a measles outbreak in Washington state, health officials there are working to convince parents to get their children vaccinated.

A thousand miles away, a man named Larry Cook is trying to undermine all that.

Two weeks ago, he launched a GoFundMe campaign, the stated goal of which is to “help parents start to question the safety and efficacy of vaccines which will in turn help them realize why vaccine mandates could be problematic for their children.”

His weapon of choice in this war against established science: Facebook ads.

Cook, according to Facebook’s own tallies, has been the No. 1 anti-vaxxer buying ads on the site since it began tracking campaigns in May, spending $1,776 in the last nine months to boost his posts.

For the latest campaign, Cook boasts that he will be targeting a specific group, namely moms in Washington State, where public health workers are struggling to keep the outbreak from growing.

Cook runs a group called Stop Mandatory Vaccination, which he freely admits is not a nonprofit organization. In fact, its website contains a notice that donations go “directly” to his bank account and funds “may be used to pay [his] personal bills.”

He declined to disclose to The Daily Beast how much of the money does toward his towards personal expenses and how much to anti-vaxxer campaigns.

“I’m a full-time activist,” he said in a phone interview. “I receive donations but its not even remotely enough.”

“I don’t need to report any income—we are in a capitalist society and anyone can raise and spend how we want.”

He added: “I’m not a non-profit. I don’t need to report any income—we are in a capitalist society and anyone can raise and spend how we want.”

GoFundMe records show Cook has raised $79,900 for four separate anti-vax messaging campaigns. One of them, which raked in $56,636, was earmarked for the creation of his website and interviews with parents who believe their children were injured by vaccines.

The most recent GoFundMe campaign, aimed at women in Washington state, had collected $7,704 as of this week. A campaign last year based on the outrageous and unsubstantiated claim that the medical community is covering up baby deaths—he actually referred to it as the “slaughter” of children—raised $12,379.

As The Daily Beast’s Pay Dirt reported earlier this week, anti-vaxxer ads have a wide reach. More than 147 promoted posts by seven Facebook accounts were viewed between 1.6 million and 5.2 million times. Just like Cook’s latest campaign, they overwhelmingly targeted women over the age of 25.

Facebook subsequently announced that it is exploring ways to combat the prevalence of anti-vaccine misinformation and conspiracy theories on its platform.

“What I usually see are stories that he provides of vaccine injury—they usually involve babies who die within 24-48 hours after getting a vaccine. However, If you dig into these cases, you’ll usually find that an unsafe sleep event happened—where the baby was in the parents’ bed, a car seat, or a rocker,” she said.

“These [stories] really frighten parents, and when they get shared, they increase parent fear and anxiety regarding vaccination.”

One such ad by Cook highlighting a death was banned by U.K.’s Advertising Standards Authority late last year for featuring language that was ruled “misleading” and unsubstantiated.

Cook makes clear on his website that he is using the children’s deaths to fuel fundraising.

“The vaccine death stories receive between 12 and 35 click[s] to my website for every dollar spent, with averages at around 18 clicks per dollar spent,” Cook wrote on one GoFundMe update. “This means—on average—for every dollar you donate to this campaign you are helping to reach and ENGAGE 18 NEW PARENTS about the dangers of vaccination, which is an excellent metric!”

Cook’s Facebook ads can bring in money in another way: they push traffic to his website, which contains a variety of online affiliate-program links and ads for books and videos tied to the anti-vax movement.

The website initially did not feature a Federal Trade Commission disclosure about earning “money or products” by mentioning “companies or links,” but after The Daily Beast asked Cook about it, it was added.

The website features paid “membership” tiers, which cost between $4.95 per month and $299.99 a month, though it’s not clear exactly what the money buys.

Cook said questions about his fundraising and where the money goes aren’t “valid.”

Daniel Hale, a supporter and donor, told The Daily Beast he has no concerns about financial transparency.

“I have no issue with what I have him. No strings. This guy has been informative and has kept me informed,” he said. “I have not had any concern. I might have given him $1,000 or $100 in the past.”

“Does every gift need an audit? It’s ridiculous.”

Hale believes his son’s autism is linked to a vaccine; however, numerous studies have ruled out any link between vaccines and autism. Cook also thinks he suffered an injury from a vaccine, though he conceded that he has not consulted a medical professional about it.

“I don’t blame these parents, but I do blame people like Larry Cook who take advantage of grieving parents.”

Smith, the epidemiology professor, said Cook uses “anecdotal” incidents in his advertisements, video posts on social media, and articles on his website to back claims that are not scientifically supported.

“Vaccinated babies are actually less likely to die of SIDS [Sudden Infant Death Syndrome],” she said in reference to one of the Facebook ad campaigns. “In addition, we don’t know if all of [the stories] are true… There’s no autopsy, no validation, no evidence to the cause of these deaths are shown to be vaccination.”

Cook, on the other hand, insists that data showing vaccines have saved lives are “definitely conjecture.”

“There’s no proof of that, that [vaccines have] saved lives,” he said. “No one cared about measles in 1950s, now everyone has to be scared of it.” In fact, government records show about 500 people died of measles in the U.S. every year during the 1950s.

Smith said Cook is skilled at turning tragedies into propaganda.

“Vaccines give these parents something to focus their anger and grief, and they feel it’s a just cause… but it’s contrary to science and damaging to children overall,” she said.

“I don’t blame these parents, but I do blame people like Larry Cook who take advantage of grieving parents.” 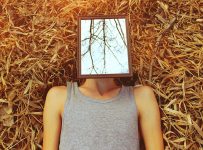 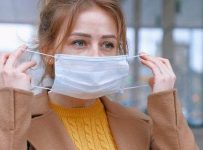