On August 23rd, a team of scientists, students, and a professional film crew aboard the research vessel Academik Ioffe set out from Resolute Bay in Northern Canada. Their mission? To study the arctic environment as part of the Northwest Passage Project. The expedition was supposed to last three weeks, but just one day after the crew embarked the vessel became grounded and the expedition had to be suspended. Brice Loose, chief scientist aboard the Academik Ioffe, and microbiologist Mary Thaler, a passenger aboard the vessel, join Ira to share what happened and discuss the science that had to be put on hold. 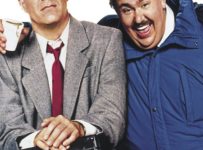