This was a good showing for Arkansas after the tough loss yesterday. The Razorbacks won the series, which is always the No. 1 goal, and did it by playing well in a pressure-filled third game.

Cody Scroggins was the winner with the best outing of his career. The Razorbacks’ staff struck out a combined 16. Elijah Trest struck out the side after the Bulldogs reached on an error to lead off the ninth.

Arkansas’ batters hit well today (12 hits), including Casey Martin and Heston Kjerstad. Perhaps that will get both of those players back on track.

The Razorbacks sent 11 hitters to the plate in the six-run seventh inning, when eight of the first nine reached base. The inning ended when Casey Martin struck out and Heston Kjerstad grounded out.

Five Arkansas hitters had RBI hits in the inning, including Christian Franklin to extend the lead to 11-0. The Razorbacks will throw some freshmen here at the end, beginning with left hander Evan Taylor in the eighth.

The Razorbacks have the merry go round going in the seventh. Heston Kjerstad, Casey Opitz and Matt Goodheart all have RBI hits, and Opitz scored on a wild pitch. The Razorbacks have had six base runners and there is only one out in the inning.

Kevin Kopps worked around a walk and a single to lead off the seventh and kept the shutout intact.

Jack Kenley tripled with one out and scored on a sacrifice fly to the wall in foul ground down the right field line. That was Kenley’s second triple this season. Nesbit has done a great job of advancing runners in a variety of ways this year.

Cody Scroggins struck out two more in the sixth and has 11 for the game. He isn’t likely to come back out in the seventh. That was an outstanding performance by him.

Arkansas had a chance to blow the game open, but like so many times this year could not score with a runner at third and less than two outs. Casey Opitz hit into a 1-2-3 double play to end the inning.

Casey Martin walked to lead off the inning, Heston Kjerstad reached on a bunt single and Dominic Fletcher reached on a one-out walk after a Trevor Ezell sacrifice bunt.

Cody Scroggins had another strikeout in the top of the inning – his career-high ninth – and didn’t allow any base runners. This has been arguably his best outing as a Razorback, and undoubtedly his best start.

Cody Scroggins is pitching well today. He struck out the side in the fourth inning and worked around a two-out single by striking out Manny Garcia. He has allowed only three base runners on two hits and a hit batter. Scroggins has struck out eight, which is tied for a career high.

Like Connor Noland yesterday, Scroggins has been efficient. His pitch count is 61. He probably could go to about 80 pitches today.

This is an important game to Scroggins, who tore his ulnar collateral ligament and required Tommy John surgery after an outing at Louisiana Tech two years ago. Sometimes an anticipated start like this can go badly, but his is going well.

Casey Martin’s massive three-run home run has given Arkansas a good lead. According to TrackMan, that was 103 mph off the bat and traveled 394 feet to the back row of the chair-back seats in left field.

Martin fouled off a 3-2 changeup in the pitch prior to the homer, then crushed a 3-2 fastball from Logan Bailey. It scored Jack Kenley, who reached on a single, and Jacob Nesbit, who reached on catcher’s interference.

Martin has three hits in his last six at-bats after going through a 0-for-16 slump. He had an inside-the-park homer and a double yesterday.

Casey Opitz walked to lead off the inning, stole second standing up and went to third base on a balk. He scored when Jack Kenley hit a bloop single on a 3-2 breaking ball with one out to give the Razorbacks the lead.

Both pitchers worked around base runners in the first.

Arkansas starter Cody Scroggins hit Hunter Wells with a pitch to lead off the game, but retired the 2-3-4 hitters to get out of the inning.

Heston Kjerstad singled up the middle and advanced to second on a steal, but Trevor Ezell struck out at the end of a long at-bat and Dominic Fletcher popped up to the shortstop to strand Kjerstad.

It’s a much different feel going into Game 3 than it was for Game 2. Yesterday the Razorbacks were hoping to clinch the series against a beautiful backdrop with sunny skies and temperatures in the upper 60s.

Arkansas can still win the series today, but it’s a must-win situation after the Bulldogs stormed back to win 12-7 in Game 2. The weather? It’s not so good today, cloudy and in the 40s.

Both teams are throwing starters that have been prone to give up some runs. Arkansas right hander Cody Scroggins has a 7.88 ERA in eight innings this season, and Louisiana Tech left hander Logan Bailey has a 9.42 ERA in 14 1/3 innings.

It is likely the Razorbacks will approach this game will more of a bullpen mentality than will Louisiana Tech, which views Bailey as more of a traditional starter than Arkansas does Scroggins. Scroggins said earlier this week the Razorbacks feel like the Tampa Bay Rays in Game 3, having an opener more than a starter.

After tinkering with lineup and losing yesterday, Arkansas coach Dave Van Horn has gone back to the lineup that worked for most of an 11-1 start today, including dropping Christian Franklin to the nine hole again and starting catcher Casey Opitz. Trey Harris will get his second consecutive start at DH. 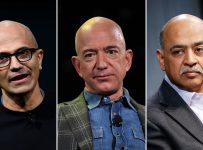 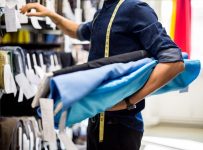 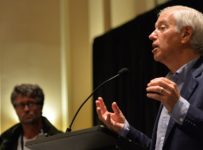