Good morning, and welcome to the U-T Arts & Culture Newsletter.

I’m David L. Coddon, and here’s your guide to all things essential in San Diego’s arts and culture this week.

During the documentary film iteration of her virtual performance piece “You Are Here,” immersive artist Marike Splint refers to the 57-minute experience as “a road performance with Google Earth as my vehicle.”

Utilizing that satellite-imagery platform, Splint guides viewers to and through significant places in her life while encouraging them to do the same with their own.

“It’s a meditation on what home is,” Splint said in a recent phone interview from Los Angeles. “What is that space for us right now, but also what other places constitute home for you? I hope it brings people back into their bodies in a spatial way.”

“You Are Here: A Homebound Travelogue” is an extension of the interactive production Splint hosted earlier this year, part of La Jolla Playhouse’s Digital Without Walls (WOW) programming.

“Everyone is trying to explore how to reach an audience where we can be together in the same space. For me,” Splint recalled. “It was very important to have a live element in the exploration of the work.”

“At the same time, La Jolla Playhouse said it would be nice if at some point we could release it to a wider audience and see how many people we could reach with the film version.”

The pay-what-you-wish film streaming combines Splint’s Google Earth-driven travelogue with her thoughtful commentary about space, place and time. Zoom participants filmed during an August performance of “You Are Here” are seen in their personal squares and are sometimes called upon to interact, but the arc of this journey is completely in Splint’s hands.

Perhaps the most intriguing point “You Are Here: A Homebound Travelogue” makes is that the satellite platform is empowering in how it allows us to see the world at this isolated time in history while at the same time a bit troubling in its power to do so without being detected. “With every nostalgic click,” Splint says during the film, “I keep the all-seeing-eye alive.”

It’s one of my favorite music videos from the ‘80s: Murray Head rapping “One Night in Bangkok” from the musical “Chess” written by ABBA members Benny Andersson and Bjorn Ulvaeus along with Tim Rice. While “One Night” may be the best-remembered tune from “Chess,” it was one of a bunch of pretty terrific songs from this underappreciated 1984 show.

That music will be in the spotlight tonight through Sunday when San Diego State’s School of Theater, Television and Film presents “Chess in Concert,” a virtual performance featuring more than 100 SDSU students. Tickets to stream the concert are only $5.

COVID-19 precautions were taken in the filming of the student actors and in the utilization of recordings from the SDSU Symphony Orchestra and Chamber Choir. Music direction is by Robert Meffe; Stephen Brotebeck directed.

Brotebeck said “Chess,” which was chosen for production almost a year ago, is “quite resonant to an audience nowadays. Living in the times that we live in, one of the main questions that the show asks is ‘Can you still love your country if you don’t love the people that are running it?’”

The musical tells a love story set against the backdrop of a Cold War-era chess confrontation. The board game is a microcosm, Brotebeck said, of the Cold War tensions depicted. “If you think about the cyberwars that are happening now, that is similar to the Cold War,” he added.

Politics aside, “The music has such a great pop sensibility to it,” Brotebeck said, “with driving melodies and hooks that an audience grabs on to.”

This is seen during “From Hall to Home”: one segment finds M.C./bandleader Kev Choice and San Francisco Symphony musicians performing from different on-location spaces a melding of classical music and hip-hop. The signature piece “Throughline” written by Collaborative Partner Nico Muhly is an adventurous, intricate work that incorporates strings, horns, guitars, percussion and vocals, emphasizing from start to finish the importance of individual players as part of a cohesive whole.

“From Hall to Home” can come off as self-promotional at times, but you’ll find it an hour well spent.

For safety reasons, the San Diego Museum of Art in Balboa Park is again closed, but if you have the curiosity and the patience, you can visit the museum’s spaces virtually by taking its “360” tour.

Navigating this means maximizing your computer screen and being quick on your mouse. You’ll have the ability to traverse hallways, climb stairs, and to zoom in on gallery spaces and the works inside them. You can linger as long as you like, with no crowds to get in the way of art you want to appreciate at your leisure. You’re also able to click on the descriptions and explanations of individual artworks.

Let’s not kid ourselves, however. This virtual tour is not like being in the museum. For that, we’ll all have to exercise even more patience. And conscientiousness.

Virtually every year since 1975, at least one professional San Diego theater company has produced Charles Dickens’ “A Christmas Carol,” but it’s a safe bet that none of them has resembled the visually stunning streamed show being co-presented this month by La Jolla Playhouse.

Tony Award-winning actor Jefferson Mays thrillingly plays more than 50 characters in the one-man, 95-minute filmed stage play that opened for streaming on Nov. 28 and is raising money for the Playhouse and 56 other partner theaters across the country.

The darkly reimagined story mixes the simplest tools of theatrical hocus-pocus with high-tech digitally mapped projections that dramatically transform the Manhattan theater where it was filmed about six weeks ago.

Read more about “A Christmas Carol” in this review by the Union-Tribune’s Pam Kragen.

A couple of talented musicians with San Diego roots will stream live shows on Saturday: At 6 p.m. Pacific Time, Anya Marina will perform from New York City. An hour later at 7, Eve Selis will offer, from Nashville, her annual holiday show.

A virtual Mission Fed ArtWalk begins on Saturday and runs through Dec. 31. Just in time for holiday shopping, as they say.

Fresh from the success of its drive-in “La bohème,” San Diego Opera has announced its second outdoor event of the season: a live sing-along holiday concert and screening of the company’s 2018 production of “All is Calm: The Christmas Truce of 1914.”

The two-part event will take place at 7 p.m. Dec. 21 in the Del Mar Fairgrounds parking lot. The “All is Calm” film was recorded at the opera’s premiere in December 2018 at the Balboa Theatre in the Gaslamp Quarter. That production was co-produced by Bodhi Tree Concerts and the SACRA/PROFANA choir.

Read more about San Diego Opera’s plans in this story by the U-T’s Kragen.

The La Jolla Music Society hardly needed to look beyond its own backyard to find Todd Schultz, who this week was named the 52-year-old arts organization’s new president and CEO.

Schultz, 54, has spent the past year as the senior vice president of development for the McCallum Theatre in Palm Desert. Before that, he was the San Diego Symphony’s vice president of institutional advancement from 2015 to 2019, the Old Globe’s director of development from 2004 to 2015, and San Diego Opera’s director of marketing and public relations from 1994 to 2000.

“I know what La Jolla Music Society has achieved and what its strengths are, and I’m very excited,” Schultz told the Union-Tribune.

Read more about Schultz in this interview by the Union-Tribune’s George Varga.

University of California Television (UCTV) is making a host of videos available on its website during this period of social distancing. Among them, with descriptions courtesy of UCTV (text written by UCTV staff):

“An Evening with Joyce Carol Oates”: Author Joyce Carol Oates has maintained a lively creative dialogue with American culture for over 50 years, in the process winning every literary award of note and receiving the National Humanities Medal. In conversation with Point Loma Nazarene University’s Dean Nelson, Oates discusses work that spans a variety of themes and topics while addressing issues of identity, alternate lives, and the evolution of personality in contemporary America. In recognition of the breadth and depth of Oates’ writing critic Henry Louis Gates Jr. noted, “A future archeologist equipped only with her oeuvre could easily piece together the whole of postwar America.”

“Solving Neurologic Mysteries”: Dr. Michael Wilson is a neurologist who is involved in developing treatments for infectious and autoimmune syndromes of the central nervous system. These include inflammatory conditions such as meningitis, encephalitis and myelitis, but research conducted by Wilson and his colleagues also tackles emerging neurologic pathogens such as West Nile virus, Ebola virus, Zika virus, and most recently, COVID-19. Clinical trials based on “metagenomics” are conducted through a “candidate-based approach,” in which results from testing individuals are collated and analyzed. Progress has been made but much work remains to be done, and Dr. Wilson explores paths forward for researchers.

“Oceans Out of Breath: Oxygen Minimum Zones in a Warming Climate”: Climate change already poses risks to marine life, and now oceanographers and climatologists have identified a new threat called oxygen minimum zones, or OMZs. OMZs are regions where dissolved oxygen levels are low due to poor ventilation and conversion of organic carbon to carbon dioxide by bacteria (called microbial respiration) deep in the oceans’ interiors. Though only a small fraction of the global ocean volume they are important sources of harmful greenhouse gases. Scripps Institution of Oceanography climatologist scientist Yassir Eddebbar examines how OMZs are likely to increase as climate change accelerates and their potential impact on marine ecosystems worldwide.

And finally: Arts in the Time of COVID

In this week’s edition of Arts in the Time of COVID, Pacific editor Nina Garin talks about Taste of December Nights in Balboa Park, Market Creek Plaza pop-up art gallery and Virtual First Friday at Liberty Station. Watch it here. 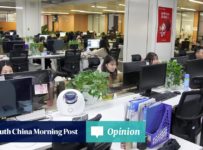 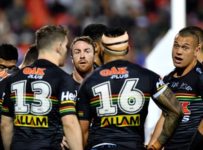