Good morning, and welcome to the U-T Arts & Culture Newsletter.

I’m David L. Coddon, and here’s your guide to all things essential in San Diego’s arts and culture this week.

When Sara Petite hosts a livestream party in celebration of her new album, “Rare Bird,” tomorrow at the Belly Up Tavern, there will be no party guests. COVID-19 has seen to that. But when the San Diego-based singer-songwriter steps out on what she considers her “home stage,” she says she won’t really be alone.

“I won’t have the crowd I want,” said Petite, “but the silver lining is I have people in the U.K. and Sweden and Norway and on the East Coast who have wanted to see my shows, and now they can.”

Petite, whose music resides heavily in so-called outlaw country with dabs of Americana and rock ‘n’ roll, sounds philosophical about these difficult times in the way that country songs themselves often are.

“I’ve been through many things in my life,” she said. “There’s a season for everything. That just what this is. Sometimes you just have to sit and wait for things to be over. You have to find other ways to make yourself happy.”

The creation of the “Rare Bird” album, partly inspired by Petite’s artist great-grandmother who painted a lot of birds, is likely to make her fans happy. It features a rocking self-affirmation called “The Misfits” and another tune titled “Keep Movin’ On,” dedicated to the late congressman and civil rights activist John Lewis.

If there’s a unifying theme of “Rare Bird,” it would be love, Petite says: “Everything really does have to do with love. And trying to learn compassion and forgiveness for yourself and for the world around you.”

Also on the subject of love: Valentine’s Day is long over, but romance never dates. That’s a good reason to catch the latest in Lamb’s Players Theatre’s virtual concert presentations. This is one dubbed “A Celebration of Love.”

As with prior Lamb’s streaming concerts, this one stars associate artists of the Coronado-based theater, most of whom should be familiar faces to anyone who’s frequented the Orange Avenue venue over the years. Unlike the recently streamed concerts, this one was not recorded inside the Lamb’s theater, but evidently in the various artists’ homes. (One exception: the 70-minute streaming includes some archival performances from a Lamb’s Players concert held at the bygone Anthology supper club in Little Italy back in 2011.)

These home streamings are cozier, and with love you want to get cozy, right? Among the best of the nearly 20 offerings are Sandy Campbell’s gorgeous rendition of Cole Porter’s “So In Love,” with G. Scott Lacy on piano; Caitie Grady covering Joni Mitchell’s “A Case Of You” — not an easy song to sing, by the way; Anise Ritchie doing “Unforgettable”; and Rebecca Jade crooning one of her own compositions, “My Reason.” There’s one break for humor: Grady and husband Charles Evans, Jr. teaming up on “The Night I Laid You Down” (Genesis fans especially will get a kick out of that one.)

There are moments that are a bit cloying, but with love some of that is certainly permitted. Tickets to stream this show are $20.

Serious-minded art enthusiasts will want to visit the Museum of Contemporary Art Los Angeles online. Its Virtual MOCA programming is highlighted by the very cerebral “Virtual Studio Visits.” In them, MOCA Artistic Director Klaus Biesenbach converses via Zoom with artists on the cutting edge of their craft.

One of them is Pakistan-born Huma Bhabha, who translates found materials into thoughtful commentary on both history and the times we live in. The conversation was recorded last October. In fact, the most recent “Virtual Studio Visits” are from that month, but hopefully newer editions are coming.

Be forewarned: These hourlong conversations are heady and sometimes technical. You might want to take notes.

Also on the Virtual MOCA menu under “Family Guides” are art activities for you and your kids. You download reproductions of work by artists like Max Ernst or Meg Cranston, then are prompted to examine it, think about it and ultimately re-create it employing your own ingenuity. It’s pretty sophisticated homework that might be more appropriate for you than for your young ones. But then it’s never too early to teach them appreciation for contemporary art.

“The Dig” is a “quiet” film, I was told. Soft. Contemplative. Perhaps so. But I heard loudly and clearly in screening this Netflix presentation of Simon Stone’s British film what it has to say about life, loss and most of all immortality. Based on a 2007 book of the same name by John Preston, “The Dig” dramatizes the true story of an excavation of a site in Suffolk, England, where a buried ship and its accompanying artifacts, dating back to Anglo-Saxon times, were unearthed.

That in itself is intriguing, but “The Dig” is no stoical docudrama. Its protagonists are a widowed landowner named Edith Pretty (Carey Mulligan) and a crusty, dogged excavator (Ralph Fiennes) whom she commissions to explore the burial mounds on her estate. Each is a troubled but courageous soul; each, in different ways and without saying so, yearns for that aforementioned immortality.

“The Dig” is a beautiful film hindered only by more subplot complications than it needs. It also has, if you’ll excuse the play on words, dignity.

Larry T. Baza, a native son whose lifelong pursuit of championing the arts made him a cultural titan in San Diego, died Saturday due to COVID-19. Baza, who died at UC San Diego Medical Center in Hillcrest, was 76. Read more about his life in this obituary by the Union-Tribune’s Michael James Rocha.

With Oscar buzz growing, three-time Grammy-nominated singer Andra Day discusses her breakout film role — in “The United States vs. Billie Holiday” — after finding her destiny as a San Diego School of Creative and Performing Arts student. Read more in this in-depth interview by the Union-Tribune’s George Varga.

Like all of the museums in Balboa Park, the San Diego Natural History Museum has been locked down for most of the past year.

The perpetually swinging Foucault pendulum in the lobby hangs still. Glass cases holding rare and antique books are draped with heavy cloths to protect their sensitive pages from light. And the fourth-floor administrative offices have been empty since the pandemic’s arrival last March.

But a peek through the glass atrium windows into the darkened lobby can be deceiving. Behind the scenes over the past year, the museum’s scientists, staff and volunteers have been as busy as the bees in its Living Lab exhibit.

Read more about the Natural History Museum in this report by the Union-Tribune’s Pam Kragen.

Acclaimed composer and UC San Diego professor Lei Liang, whose work boldly fuses Eastern and Western traditions, has been selected as a 2021 winner of the prestigious American Academy of Arts and Letters Music Awards.

There are 18 recipients of this year’s awards in music, which total $225,000. Liang is one of two artists this year to receive the academy’s Goddard Lieberson Fellowships in Music, which are given to “mid-career composers of exceptional gifts.” This year’s other Lieberson honoree is Tyshawn Sorey, among the most celebrated composers to emerge in the past two decades.

Read more about Liang in this story by the Union-Tribune’s George Varga.

University of California Television (UCTV) is making a host of videos available on its website during this period of social distancing. Among them, with descriptions courtesy of UCTV (text written by UCTV staff):

“Yiddish Glory: The Songs of World War II”: Yiddish songs were collected by a team of Soviet scholars at the height of World War II, then “destroyed” and eventually re-discovered as fortunes shifted in the (former) Soviet Union. These Holocaust ballads tell stories set in a time of pain and darkest deprivation, balanced by tales of glory and courage. Most songs were simply lyrics written on small scraps of paper. Psoy Korolenko engaged in “musical archaeology” by analyzing supplementary notes, contextualizing the lyrics, and then creating or adapting music for the texts. In this program hosted by scholar Anna Shternshis, Korolenko performs a selection of the songs.

“Homeland Security in a Post-Trump Era”: President Biden faces numerous foreign and domestic security threats but must first repair the damage done to domestic security agencies and public confidence in order to address them, according to four former Homeland Security leaders. This bipartisan panel agrees that former President Donald Trump systematically undermined the department, often using it for political gain rather than public safety. The panel explores topics ranging from Russian election interference to the use of social media for disinformation campaigns and the racism of white nationalist displayed in the Jan. 6 riot. The common theme is the urgency of rebuilding trust in government.

“Combining Radiotherapy and Immunotherapy in Cancers of the Skin, Head and Neck”: Immunotherapy offers hope for patients with recurrent or metastatic head and neck cancer, but only 20 percent of patients respond to this treatment. Combining radiotherapy with immunotherapy in novel ways can enhance results, by improving the immune system’s cancer recognition and rendering tumors less immunosuppressive. Doctors Sue Yorn and Alain Agazi discuss the critical factors that must be considered in future clinical trials of immunoradiotherapy in head and neck cancer treatment. These include proper timing of the treatment, patient selection, the number and the site of irradiated lesions, the irradiated volume established in clinical trials across different solid tumors, and more.

And finally: Arts in the Time of COVID

In this week’s edition of Arts in the Time of COVID, Pacific editor Nina Garin talks about an error in Tchaikovsky’s “Nutcracker,” the winner of Poetry Out Loud and San Diego Opera’s drive-in festival. Watch it here. 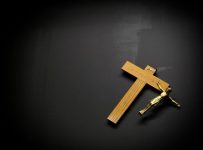 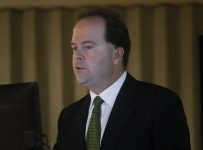 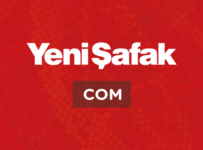