The Arunachal Pradesh governmentis committed to preserving and promoting indigenousculture which is the identity and pride of the state, ChiefMinister Pema Khandu said on Monday.

Speaking at the inaugural function of a workshop onpriesthood at the Directorate of Indigenous Affairs (DIA)office here, Khandu said that the directorate was establishedfor preserving and promoting the culture and heritage of theindigenous communities.

”Our culture is like roots. If roots are not protectedand made stronger, trees will not survive. Hence for thesurvival of our communities, culture has to be preserved,” thechief minister said.

Lauding the department for organising the workshop,Khandu said, the institution of priesthood is an integral partof indigenous culture.

”For centuries, we depend on our local priests forevery ritual be it during birth, death, sickness, disastersor construction of a house. Every auspicious occasion revolvesaround priests,” he said.

Expressing concern over the declining number ofpriests, the chief minister said, a major reason for thedwindling of priesthood is lesser use of native languages.

”Without a written script, almost all our nativelanguages are only spoken and passed on orally. With moderneducation and exposure, the younger generation is moving awayfrom their native languages and it has become a major concernfor us,” he pointed out.

The chief minister urged the elders and parents tospeak in their native tongue to their children, at least whenthey are at home during vacations.

”Our languages are the connections to our culture. Iflanguage is lost, our cultural heritage will be lost,” hesaid.

The state government has offered assistance toresearchers and academicians to develop scripts for the nativedialects spoken in the state, the chief minister said.

Asking followers of indigenous faiths not to competewith followers of other faiths, he said, India is a secularcountry and every individual is free to follow any religionthat he or she likes.

”Instead of blaming others, we must introspect. May bethe lacunae is within us or in our customs,” Khandu said.

(This story has not been edited by Devdiscourse staff and is auto-generated from a syndicated feed.) 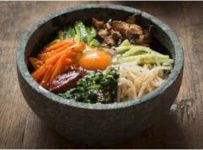 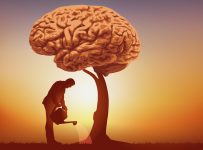