Asian stock markets dropped in early Friday trading, as a global selloff looks set to continue into the end of the week, led by sinking tech stocks.


fell 0.7% following an overnight rebound in the yen


dropped 3% and was at one-year lows. Electronics, consumer goods and energy stocks led the declines. Financials were higher, though, as U.S. bond yields continued to rise, causing equity-investor concerns but being seen as good for lenders and heavy bond investors. Life insurer T&D


was up a further 2% while bank Resona

Hong Kong stocks continued to drop after Thursday’s skid left the Hang Seng Index below the Dow industrials on a closing basis for the first time since April 2013. The benchmark


down 1.6% and at fresh year-plus lows. Insurer AIA


was up almost 1%. A number of Apple Inc. suppliers, such as AAC Technologies


, saw their shares sink following a Bloomberg News report that China may have secretly planted spy chips in some servers used by Apple


shed early gains to drop into the red despite forecasting record operating profit in the third quarter.

Australia was again the lone gainer in the region, as the ASX 200


was about flat. Markets in mainland China remained closed for a weeklong holiday. 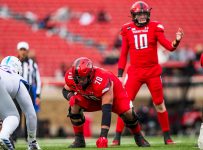 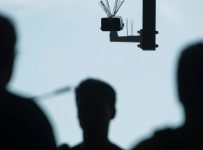