Like many small businesses the Kusies are struggling, particularly with payroll, and asking for help was seemingly the hardest part.

On Friday, the owners of the second-generation burger restaurant received a FaceTime call from Barstool Sports owner David Portnoy, joined by special guest Aaron Rodgers, the Green Bay Packers quarterback and former star athlete at Pleasant Valley High and Butte College. Rodgers informed the owners that they had ben granted access to the new Barstool Fund that Portnoy created to help small businesses out of frustration for the lack of help they were getting from the government.

Portnoy’s primary condition for small businesses applying to qualify was that employees were still being paid, and Burger Hut’s staff is still getting paychecks.

After donating to the fund himself, and seeing a restaurant from his hometown on the list, Rodgers asked Portnoy if he could join the call to the Kusies. He took the honor of informing his hometown burger joint.

“They actually sent me over your guys’ video and email and I was pumped because I’ve been going to Burger Hut for years,” Rodgers said in the video on Friday. “I’ll say it because Dave gets to say it so many times but you guys are in the fund.”

In Portnoy’s video explaining the fund, he said that the fund aims to help small businesses get by on a month-to-month basis. He began with the intention of collecting $500,000 and distributing the funds to businesses who applied. However, with athletes and other organizations joining in, the fund as of 2 p.m. Tuesday had reached $27,425,844 through 192,495 supporters and 151 businesses supported.

“We understand that our business is probably going to be changed moving forward,” Rick Kusie said in the video submission. “We have a lot of confidence that if we can make it through the next three to six months that we could get back to a number that would be self sustaining. So that’s why we’re requesting some help.”

Portnoy originally got the idea for the fund from radio producer and cameraman Frankie Borrelli, whose family owned a pizza restaurant in Long Island, New York. Borrelli’s father said he was going to pay his staff through the end even if that meant the restaurant closing.

After the initial half-million dollars were raised, Portnoy has begun a similarly-formatted donation system to GoFundMe on the Barstool Fund website at www.barstoolsports.com/the-barstool-fund. Applications are still being accepted for struggling small businesses, including bars, restaurants or gyms needing rent relief, tax relief or other financial help to survive for the next month online at https://barstool.typeform.com/to/fbCSK7GZ.

“We feel very fortunate — there’s a lot of people out there who are struggling, and we know a lot of them, just in Chico,” Rick Kusie said to Portnoy in the video. “So the fact that we’re able to benefit from your program is awesome.” 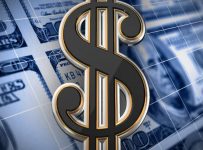 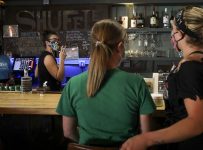