The community of Belgrade is getting a lot of attention this weekend.

With the help of high school basketball tournaments bringing many families to the area, businesses in town say they are seeing a big boost in sales.

“It’s so insane,” says Madison Wolfe, manning the drive-in booth at Espresso To Go downtown. “I have lots and lots of business. Everybody’s going to the tournament, going to have fun.”

The excitement of high school basketball is shooting three-pointers for more than just the teams going head-to-head on the court.

Businesses like Espresso To Go are feeling the boom.

“[Friday] was quite insane,” Wolfe says. “Usually, Fridays are just a little slower because we are hitting the end of the week and people are starting to chill out, you know? But with the tournaments, I feel like my rush started as soon as I got here.”

“Actually, I have several people coming in from Cooke City and like Kalispell, more than just my regulars,” Wolfe says. “It’s kind of crazy when I have, like, four cars on either side and six drinks from this car and trying to balance it all.”

Madison’s coffee shop is not the only one seeing the boost in business, thanks to the lineup of buses like the one in front of the high school that are bringing basketball players to town.

Other places are saying this is good for the economy.

“Well, I’m pretty excited because it is much busier than it has been for a little bit now, leave out our 50-percent off sale at the first Saturday of the month,” says Angie Shriver, cashier at Sacks Thrift Store. “This has been a good morning for us.”

Shriver says it was not their usual Saturday flow.

“Absolutely terrific for the community,” Shriver says. “There aren’t really that many thrift outlets in this particular area. We are the only non-profit one and this is a great thing.” 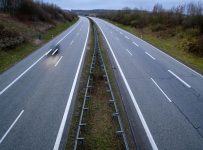 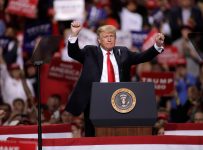 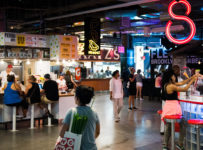