When we talk about­­ increasing diversity in the technology industry, the biggest obstacle is the fixed mindset of today’s tech leaders.

A homogeneous group – comprised, mostly, of white men – founded and funded the tech industry. From this starting point, they created an environment where people who looked like them were much more likely to be successful. Male investors’ biases have been shown empirically to prevent them from investing in female founders, and processes and biases prevent white men from investing outside their demographics as well.

It’s a lasting problem: last year, research found that in the US, the vast majority of venture capital continues to go to white men (only 9% of funding went to women founders, and less than 3% went to black or Latinx founders), and that 90% of venture capitalists are white men. Many just aren’t able to see past themselves to a world where others are included.

At the same time, metrics show how much less tech funding goes to women and people from underrepresented racial and ethnic groups. According to a 2018 study from the Boston Consulting Group (BCG), women founders receive less than half the funding of their male counterparts. Digital Undivided’s Project Diane report found that black women founders receive just $42,000 in average funding compared to the overall average of $1.1m. Digital Undivided also calculated that Latin American women received only 0.3% of total VC funding over the past decade.

Recent studies highlight both the problems with that approach and the many benefits of diversity. For instance, a 2015 McKinsey report found that companies with diversity in race, ethnicity and gender show significantly better business performance.

The BCG study referenced above found start-ups with a woman founder have better financial performance, generating 10% more revenue over five years ($730,000 versus $662,000) and twice as much revenue per dollar funded ($0.78 versus $0.31).

In 2012, I sued my venture capital firm Kleiner Perkins for gender discrimination and retaliation against me as an employee. The firm claimed its decisions were performance-based. I lost the suit in 2015, but it changed how people talked about tech and, in some cases, how people viewed the field of tech. Hundreds of people have shared their stories of discrimination since then, and these stories are changing perspectives and behaviour.

Many more firms, for instance, have added women partners to their ranks. What it taught me was that change is possible, but it has to come from the top. Even if a firm has many women at the junior and middle levels, if the people controlling the hiring, firing, and compensation are all biased men, then homogeneity will continue to dominate in VC and entrepreneurship.

How do we change tech for the better?

To make tech more diverse and inclusive, tomorrow’s leaders need to begin with their own start-ups and firms, keeping three values in mind for everything they do.

The first is inclusion. It is important to consider intersectionality; a term coined in 1987 by Kimberlé Crenshaw to frame how identities like gender and race are interrelated in many ways – and when identities intersect, biases cause greater social inequities and discrimination. See, for example, how the funding barriers faced by black and Latin American women founders described above are greater than for women in general.

The second is comprehensiveness. Token efforts and appointments are bound to fail – instead leaders should bring diversity and inclusion to all aspects of work, across all levels and for all groups.

The third is accountability. Unless metrics are used to measure and manage progress and gaps, it’s hard to know if real progress is being made—and it doesn’t look like a real business priority.

Measure what you want to manage

Any CEO serious about diversity and inclusion should adopt demographic targets and key performance indicators across the whole company, much like they do in every other area of business.

The first step is to use survey demographics and satisfaction levels to indicate where there are problems – and use these results to set benchmarks and find opportunities.

This process can yield helpful discoveries. For example, when my colleagues at Project Include and I surveyed more than 2,000 tech start-up employees we found that more than 13% self-identified as LGBQIA and almost 5% self-identified as nonbinary, transgender, genderfluid or another nonbinary identity. We also noticed that sexual orientation was the question employees were most likely to choose not to answer, most likely based on fear of discrimination or a desire to preserve privacy.

We honed our list of recommendations for gender-inclusive workplaces and cultures and will launch them with a broader set of recommendations this spring. We include first steps like creating an all-gender bathroom to more impactful measures like medical and insurance benefits for transgender transitioning.

Leading from the top

Hiring a more diverse range of employees at executive and board-level positions makes a difference.

The first thing many job candidates do when looking into a potential employer is check out the website, first to see diversity and then to see opportunity – they look at the executives, CEO and board members to see who holds the power and how far people from underrepresented groups can rise.

For many CEOs, board seats are allocated by contract to their investors. The lack of diversity in VC firms, then, becomes a barrier to diversity on their boards – and thus to business performance.

Ellen Pao is a tech investor and advocate, the former CEO of Reddit, and a cofounder of the diversity and inclusion not-for-profit Project Include.

To comment on this story or anything else you have seen on BBC Capital, please head over to our Facebook  page or message us on Twitter.

If you liked this story, sign up for the weekly bbc.com features newsletter called “If You Only Read 6 Things This Week”. A handpicked selection of stories from BBC Future, Culture, Capital and Travel, delivered to your inbox every Friday. 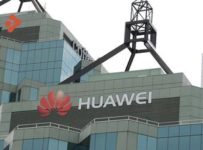 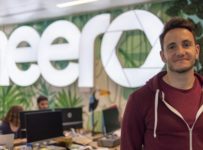