On its website, EAT describes itself simply as a “science-based global platform for food system transformation… a non-profit start-up dedicated to transforming our global food system through sound science, impatient disruption and novel partnership”.

Of course, we are all in favour of sound science but over the decades, science has been repeatedly shown to be far from infallible in relation to food-production systems and the environment.

How many times have scientists assured us of how “safe” various chemical sprays were, only to find out years later that they had been withdrawn from the market because of the dangers they posed to human health?

When I was a mature student, I spent a few years studying the concept of Sustainable Development.

One thing I learned was that the use of jargon such as “impatient disruption and novel partnership” as well as the repeated use of the much-abused term “sustainability” without an accompanying explanation was usually an indication of questionable motives.

We have often heard it said that “you can judge a person by the company they keep” so who do the people in EAT associate with?

EAT has close connections with large transnational financial, tax and investment companies and also has close ties with some biotech research facilities such as MIT (Massachusetts Institute of Technology).

One of EAT’s financial partners states that “biotechnology firms have a critical role to play in developing new antimicrobials”.

A week or so after the food consumption report, The Lancet published a report based on ‘The Lancet Commission on Obesity’. This report contains extraordinary suggestions including a call for a reduction in “unhealthy” food consumption through taxes and the redirecting of farming subsidies away from dairy and beef farming to what it calls “sustainable farming for healthful foods”.

To me, this report reflects what’s happening in the high-stakes battle where primary food producers are caught in the crossfire between the global food industry and the global biotech industry for control of the global food market.

For decades, multinational biotech companies have claimed we need to use their genetically modified crops if we are to “feed the world”. They have, however, been deeply frustrated by an ongoing consumer resistance to GM food.

In his book, So Shall We Reap, renowned biologist Colin Tudge has countered the pro-GM arguments and explains how “without resorting to GM crops, we can take back control from the corporate barons, feed the world and, ultimately ensure the survival of humanity”.

Another of EAT’s claims is that CO2 emissions can be reduced by switching to plant-based food. I find this claim highly suspect as it would involve ploughing wide areas of permanent grassland. It is generally accepted that ploughing humus-rich grasslands, which we have in abundance in Ireland, leads to a massive release of CO2 into the atmosphere.

Research by the University of Wisconsin has shown how the ploughing of Minnesota’s prairies is dramatically increasing carbon in the atmosphere. According to this research, newly ploughed land in Minnesota released 1.86 million US tons of carbon into the atmosphere each year between 2008 and 2012.

He claims that as “soil is a huge storehouse of carbon, theoretically, American soils could soak up more than 100 million tons of carbon annually by actually returning cropland to permanent grass or trees”.

To me that reads a lot more like sound science than the vague sentiments of the EAT organisation’s mission statement. 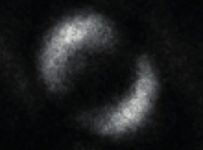 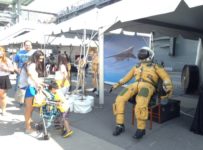 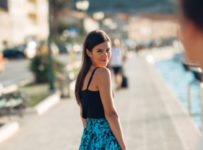