The company is looking at long-term economic changes and how to prepare for the future, according to UBS analyst Glyn Lawcock.

“Part of what you’re going to see over the little while from BHP, and from all its peers, is a new growth map for the next 10 to 20 years,” Mr Lawcock said.

“Part of this is adopting technology to try and improve the business but the other thing is figuring out where the world is going and what commodities it’s going to need in the future, noting that some of its commodities are more mature now.

“I think all these companies are saying ‘where is the world shifting, what do we need to reposition for?’ Is it is going to be electric vehicles, and batteries, technology that’s going to be adopted by the world, and what does that mean for raw materials demand and how do we access that part of the equation.”

The addition of three women to the executive leadership team nudges the company towards a target announced in 2016 to have women make up half its workforce within nine years.

“Our findings show that, based on the data, if you do have more women in those top roles, it has an effect on gender equity throughout the company,” she said.

Citing the results of a report to be released by the Bankwest Curtin Economics Centre on Friday, Professor Cassells said the mining sector had made progress beyond that of other sectors.

“As a [reference] point compared to other sectors, they’re doing quite well. The male-dominated sectors are the ones that are moving quite quickly. It’s at the top-tier management where we’re seeing more women moving into more roles, which is having a flow-on effect,” she said.

One of the key appointments was the replacement of chief commercial officer Arnoud Balhuizen. He will leave the company with a solid track record and the departure came as “somewhat of a surprise”, Credit Suisse said.

“In our interactions, we found Mr Balhuizen was very well regarded by the market and hence his departure is a bit of a surprise,” the investment bank said in a note to clients.

However, his replacement, Ms Pant, has broad experience as former group treasurer and head of Europe. Coming from an investment banking background, she played a critical role in the execution of BHP’s capital allocation framework.

The appointment of Ms Tyler will see her return to the executive leadership team as chief geoscientist. BHP said the appointment would bring a focus on geoscience and resource engineering risk management to the leadership team. She will fill the position in addition to her current role as asset president of BHP’s South Australian mining complex, Olympic Dam.

Other appointments include Ms Slattery stepping in as head of the company’s petroleum business and Mr Price taking on the new role of chief transformation officer.

The company said Mr Balhuizen would return to the Netherlands after 25 years with Billiton and BHP. As chief commercial officer, he led the successful integration of the company’s marketing and supply groups into a global team. “Through his leadership and vision, BHP’s commercial function has developed strong global partnerships and created significant value,” BHP said in a statement.

Steve Pastor had decided to leave following the sale of BHP’s US onshore assets, the company said. Mr Pastor’s leadership and industry expertise had delivered a world-cass strategically focused business.

“Their expertise, integrity and commitment will leave a strong legacy in their respective areas of the business and across the company more broadly,” said Mr Mackenzie.

The appointments take effect in March, with the exception of Ms Pant, who takes up her new role in July. 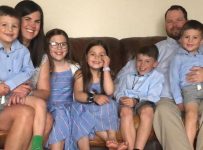