Technology companies have benefited for decades from the largely laissez-faire approach to regulation taken by progressive governments reluctant to stymie innovation. Now, the free-for-all seems over. But before we impose lots of rules, we should try to use the market itself to ensure public good.

When the market works, companies self-regulate by balancing the short-term benefit of opportunistic behaviour against the desire to extract value over the long run. But that does not seem to be happening for the biggest technology companies: Apple surreptitiously slowed down its devices; Facebook stayed silent about the Cambridge Analytica data breach and came clean only when forced to do so by media reports.

Both companies are businesses that are in for the long term, so why are they different? Both companies benefit from the network effect, which makes it hard for consumers to switch to their competitors and reinforce barriers to entry. The venture capital firm NFX estimates that network effects account for 70 per cent of the value creation in tech. That means companies that grow their platforms at all costs, despite improprieties, are rewarded by their sheer size in the long run. That creates perverse incentives that drive tech groups to a “it’s better to seek forgiveness rather than permission” approach.

It recently emerged that Facebook chief executive Mark Zuckerberg considered selling user data, even though he had previously promised to never do so. He believed that if he wanted to sell it, he could. But that raises questions about why Facebook’s terms of service were not aligned with Mr Zuckerberg’s previous assertions. Public promises are not as legally binding as terms of service that are virtually never read.

When Apple cut its forecasts for iPhone sales, chief executive Tim Cook put some of the blame on its decision to discount the cost of replacing batteries as a mea culpa for its throttling scandal. But that suggests wilfully slowed down phones helped drive sales during earlier blockbuster quarters — another example of how a technology company took advantage of the wide discretion afforded to it by its terms of service.

That must stop. But I believe that regulating the terms of service of technology companies with a rules-based approach is doomed to fail. Clever companies will find ways to bypass prescriptive regulations and badly written rules could indeed hinder a country’s competitiveness. Transparency offers another solution.

Designer Dima Yarovinsky calculates that the average length of the terms of service of popular internet services is 11,972 words, which would take the average person roughly 60 minutes to read. Not surprisingly, a 2017 Deloitte study found that 91 per cent of users agreed to conditions of use without reading. When users click on the “agree” button saying they have knowingly consented to the terms, they and the companies know that it is a convenient lie. The company has protected itself without incurring the user friction that would occur had the user attempted to read the agreement.

There should be no free lunch. It is time to ensure that onerous or overly broad terms of service incur some sort of economic cost. This is where market-based regulation needs to come in.

The solution could be a rating agency to review and grade corporate terms of service. Companies should be required to list their ratings and reviews alongside the “I agree” button. Health officials constantly rate the cleanliness of food establishments and require that the ratings be prominently display. Apple and Google already encourage users to rate apps from third-party developers. Let’s do same for terms of service.

We should force companies to make trade-offs between unfettered rights over their users and the reputational cost arising from such a demand. That tension would go a long way towards ensuring the technology industry acts justly and respectfully towards its users, without compromising or constraining some of the advancements in society that they have helped drive.

The writer is a Singapore technology investor, entrepreneur and public policy adviser 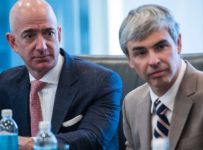 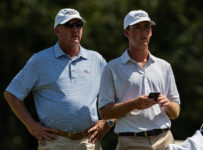 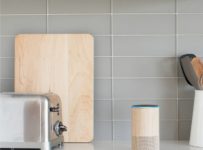