This is a spilled-milk lament, so forgive us from the start.

At this point, there is really nothing that can be done about a terrible decision within the otherwise worthy passage last month of the United States-Mexico-Canada Agreement, one of the few significant things Congress and the president have been able to get done this year.

But this is worth crying about because it demonstrates how Washington does a terrible job of actually giving close and careful consideration to legislation that stands to hurt Americans and others, even as both political parties relentlessly pursue the destruction of each another.

We are talking here about the decision to extend liability protections to Big Tech as part of the passage of the USMCA.

Under the agreement, the U.S.’s trade partners must essentially adopt what is known as Section 230 of the Communications Decency Act. That section, sometimes known as “the 26 words that created the internet,” protects internet platforms from liability for publishing third-party content.

This piece of law is why Twitter, Facebook and other social media companies have become engines of fake news, libel and hate speech without any consequences.

We have long argued that Section 230 deserves review and revision. And we are glad that bipartisan voices in Congress agree.

What we are sorry for is that a House of Representatives intently focused on impeachment permitted the USMCA to pass without fuller public debate over the Trump administration’s decision to include the provision extending Section 230.

House Speaker Nancy Pelosi has described the inclusion of Section 230 in USMCA as a disappointment. Perhaps her priorities were misarranged late this past year.

But don’t think her concerns are a signal that opposing Section 230’s inclusion was solely an impulse of the left. 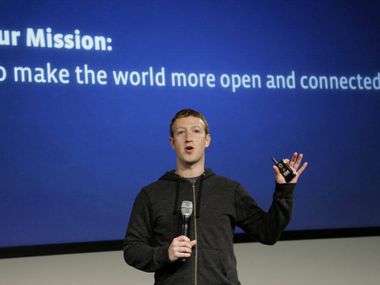 Sen. Ted Cruz also called on the Trump administration to drop the liability protection from the trade agreement. Cruz has been clear-eyed about the power American law has given Big Tech over the national discourse and how distorting that impact has been. We wish the Trump administration, hungry for a trade victory amid an impeachment struggle, had listened to the Texas senator.

We fear, instead, that Big Tech will now have even greater leverage over our politics, a leverage that will extend to neighboring nations that rely on America for the health of their economies.

Tech companies will argue that Section 230 protects free speech. But really it only protects their ability to disseminate that speech and to profit from it, however libelous and false it may be. And keep in mind that “free speech” means what Big Tech decides it means, with selective censorship as an operational constant.

You know that if both Cruz and Pelosi are worried about something, it’s worth giving it greater consideration.

The good news about this spilled milk is that Congress might still get the chance to clean it up.

Reforming the law itself would change how it impacts USMCA. And that reform must come soon, before Big Tech uses its vast stores of cash to grab more power in Washington.