The 2018 Target Black Friday ad is officially here! The 52-page behemoth arrived earlier than we expected, and even has a few pages of early access Black Friday deals, though you could only score those on Nov. 1.

DealNews has rounded up our favorite upcoming offers from the Target Black Friday ad (below). Then check out our full guide to shopping at Target on Black Friday.

We predicted that off-brand 4K TVs would only fall to $250 at big-box retailers like Target. However, this Element dropped even lower than we expected, making it a true doorbuster TV deal.

We suspected that at least one retailer would have a sub-$100 TV on Black Friday. It’s a pleasant surprise to see Target offering this smaller set at a very affordable price. Remember: Deals this good will go fast!

There were rumors that Apple would provide a refresh to its iPad mini line this year, but we’re still waiting. Even without a new iPad mini, this deal on the fourth-generation model is worth checking out.

We expected modest discounts for the sixth-generation iPad, but Target once again exceeded our wildest dreams. Apple deals are rare, and this one is absolutely worth grabbing; it beats our iPad predictions by $30.

This new piece of Google Home tech was only announced about a month ago. At most, we expected a slight discount on this new gadget, but you can save a whopping $50 by shopping Target’s Black Friday sale.

This sale makes it easy to grab select AAA video games for Xbox One, PlayStation 4, and Nintendo Switch at a fraction of their usual price. Older titles like Star Wars: Battlefront II, PlayerUnknown’s Battlegrounds and Wolfenstein II will see the deepest price cuts. However, newer titles will also be on sale for just a few dollars more.

With the release of the Apple Watch Series 4, we expected discounts on the Series 3 to come in the form of sitewide coupons. This deal is much better than that, and it’s an excellent outright price for still-recent Apple tech.

LEGO sets rarely see discounts — except around the holidays. And while there are kits to fit every price range, this Black Friday offer from Target gives you the chance to save on a few of the more expensive ones.

Amazon just introduced its latest Fire TV Stick, and it’s a must-have for Prime members especially. You might be tempted to order one right now, but Target’s 30 percent off discount is coming in just a few weeks. We think it’s worth the wait.

Finding seasonal clothing when you need it can be difficult. Fortunately, this sweater sale offers the chance to stock up on cozy clothes for the whole family without breaking the bank.

This second-generation smarthome speaker was released last year. We saw great savings last Black Friday, but this deal beats those deals by $10. If you’ve been waiting to buy an Alexa device, this is a great chance to take the plunge.

We’ve seen the Google Home bundled with massive TVs and smarthome devices several times this year. However, this is one of the only stand-alone deals we’ve seen for the smart speaker. This deal is also tied with last Black Friday’s offer.

The Fibit Charge 3 was just released a month ago, and we didn’t expect to see any discounts for this new fitness tracker. However, when shopping Target’s Black Friday Sale you can shave $30 off the retail price.

This third-generation Alexa device just hit shelves in September. It’s bigger than the second generation and reportedly offers better sound than its predecessor — and Target is cutting the price in half!

The latest Spider-Man game dropped in September and has been earning pretty favorable reviews. We predicted select PS4 bundles would hit $200, but we didn’t expect them to come with the latest games.

Discounts on Apple’s newest iPhones are slow to appear. If you’re set on having the latest and greatest Apple tech, this $250 Target gift card makes the high price tag of the iPhone XS easier to swallow. Just keep in mind that you’ll need to activate the phone on one of the major carriers to get this deal.

Want a bigger iPhone? The iPhone XS Max is eligible for this offer as well.

If you’re planning to shop Target’s Black Friday sale, odds are good that you’re going to spend at least $50. This coupon is valid for online and in-store shopping, so you can shop at your convenience.

This cosmetic BOGO is a great way to gift beauty on a budget. Whether your holiday list is on the longer side or you’ve been longing to replenish your own supplies, this deal is pretty perfect. All beauty and personal care gift sets are eligible for this offer.

Every year we see doorbuster small appliances for around $10 that are good for most people. Choose from a toaster, waffle maker, coffee maker, rice cooker, hand mixer, slow cooker or electric grill/panini press.

Android fans who want Samsung’s flagship smartphone can grab it with a hefty gift card this season. No prices are given, so it’s safe to assume the phone will probably be list price. And you’ll have to have a qualified activation with one of the major carriers. Still, a $300 gift card makes this deal pretty appealing.

Want a different Galaxy phone? The S9+ and the Galaxy Note9 both also qualify for this offer.

Looking for more Target Black Friday deals? Check out the whole ad here. You can also check out our full guide to shopping at Target on Black Friday below.

What to expect from Target Black Friday sales in 2018

Target tends to be one of the first major stores to drop its Black Friday ad every year. In fact, the retailer delivered our first glimpse of its holiday sale plans in a recent press release.

Target’s early ad can clue you into what other stores will do, as those retailers try to beat (or at least match) the popular vendor’s prices. But that doesn’t always happen, and Target often has excellent deals that easily beat other retailers’ Black Friday offerings.

Read on for everything you can expect from Target Black Friday sales in 2018.

When will the ad be released?

In the past, Target has dropped its Black Friday ad about two weeks before Thanksgiving. But in 2017, the retailer actually released it a few days sooner, on Nov. 6. The ad dropped even earlier this year, on Nov. 1.

UPDATE: We know more now about how the big-box store is approaching the holiday season in general. According to a recent press release, Target is giving shoppers free two-day shipping with no minimum purchase required. Thousands of items will be eligible; the promotion runs from Nov. 1 to Dec. 22.

In addition, Target holiday sales will focus on gifts under $15, store-exclusive toys and more than 20 new in-house brands.

Will Target be open on Thanksgiving?

When does the sale start?

Last year, REDcard holders received early access to Black Friday deals on Wednesday, November 22, while everyone else could snag select deals online on Thanksgiving morning. Those shopping in-store had to wait until 6 pm local time on Thanksgiving, when doors opened for six hours. Target stores reopened at 6 am on Black Friday.

This year will be similar. Target will again provide early access for REDcard holders, this year on Nov. 21. Those customers will be able to grab select Black Friday deals on Target.com before everyone else. Online deals will kick off on Thanksgiving morning, and doors will open at 5 pm that evening. They’ll open again at 7 am on Black Friday.

When is the best time to shop?

If you have a REDcard, it pays to shop the day before Thanksgiving. You won’t have access to all the deals, but you could get a head start on snagging items you’ve been eyeing, and without as much chaos.

However, if you’re not a REDcard holder (or the deals you want don’t start until later), Thanksgiving is the best day to shop Target’s sale. Overall, we tend to see more deals on Thanksgiving than Black Friday, and more offers earn our Editors’ Choice designation. In 2017, these best-of-the-best deals accounted for 63 percent of the offers we saw from Target on Thanksgiving.

What will be on sale?

Target’s Black Friday sale has consistently been a great time to stock up on iTunes gift cards in recent years. In both 2016 and 2017, you could buy one iTunes gift card and receive 30 percent off a second one. Additionally, the weekend after Black Friday last year proved to be an excellent opportunity to grab holiday decorations. Shoppers could save $25 when they spent $75 on a variety of lights, trees, ornaments, stockings, and gift wrap in Target’s Wondershop.

Target also offered 20 percent off a future shopping trip to customers who spent $50 storewide on Black Friday. This was an easy deal to snag if you were making a big-ticket purchase or even buying several smaller items. And if you want the newest iPhones, look to Target to have terrific deals.

Last year, the store offered an iPhone 8 or 8 Plus bundled with gift cards, as long as you signed up for a 24-month plan with major carriers. There’s a similar offer this year for the iPhone XS and XS Max.

What will the big doorbusters be?

Target’s ad includes a few pages of TV doorbusters in a number of sizes. In 2017, shoppers could snag a Samsung 65-inch Smart 4K set for $850, which beat our predictions. We expect mid- and lower-tier brands to feature significant TV savings, as well. Last year, a Westinghouse 55-inch Smart 4K set cost $250.

Black Friday will be a good time to pick up small kitchen items, too. Last year, Target offered products like a French press, cast-iron skillet and rice cooker for only $10. Plus, look to the big-box retailer to have some of the only LEGO discounts we’ll see during Black Friday.

What you should know before you shop 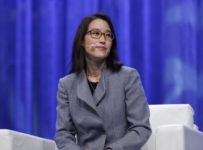 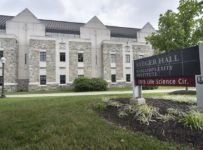