Real estate mogul Don Peebles plans to start a $500 million investment fund for minority and women property developers in markets including New York, Los Angeles, and South Florida, according to The Real Deal.

Reflecting on minorities and female developers, “access to capital has been the biggest challenge,” Peebles stated. “I looked at how to address that for a number of years. No one in the country is doing this on a national level.”

A longtime outspoken advocate for diversity in the industry, Peebles said his firm will examine ways to support the emerging developers. Through co-developing or partnerships, he hopes the fund will “help mitigate risk and help them grow quicker.” 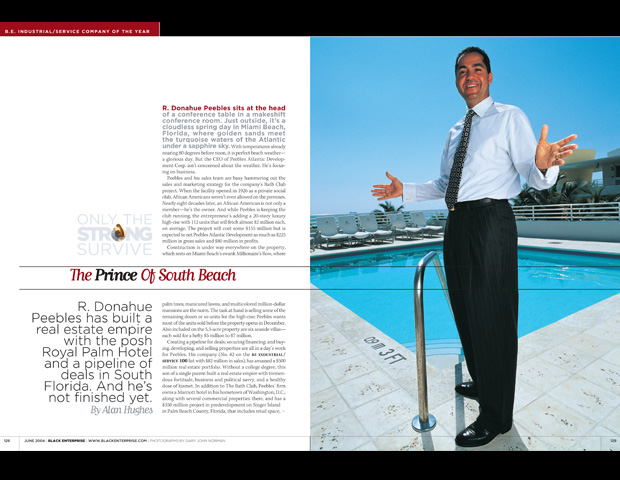 To ensure “boots on the ground” support, Peebles said the fund will invest in projects based in cities where his company already operates. Those places include South Florida, New York City, Los Angeles, Boston, Washington D.C., Philadelphia, and Charlotte.

Specifically, the fund will focus on urban infill projects ranging between $10 to $70 million. Plans call for various commercial and multifamily projects, particularly focusing on projects with affordable housing.

“The idea is to create this business model that shows that investing in emerging developers and investing in diversity will result in higher returns with less risk,” Peebles stated.

He is currently having discussions with global banks and other financial institutions to invest in the fund, though he did not identify them. He expects the fund will consist of a small group of investors.

His firm is targeting 60 deals in the fund. He anticipates there will be similar funds in the future. “It’s a very positive thing to have the developments that are taking place in communities of color, to have the projects be developed by people of color,” Peebles said. “We see this as a win-win and an untapped market.”

The new fund is another example of how Peebles has been a long-time game changer in his industry. He started his firm in 1983. Peebles Corp. has become an industry leader with a portfolio of active and completed developments exceeding 10 million square feet and $8 billion in cities like New York, Boston, Philadelphia, Washington D.C., Charlotte, Miami, San Francisco, and Los Angeles, according to the firm’s website.