Supreme Court nominee Brett Kavanaugh on Monday said an allegation he sexually assaulted a woman when they were in high school is “completely false” and said he’d be willing to testify on the accusation to the Senate Judiciary Committee.

“This is a completely false allegation. I have never done anything like what the accuser describes — to her or to anyone,” Kavanaugh said in a statement.

Kavanaugh further said that “because this never happened” he had no idea who the accuser was until she identified herself over the weekend.

“I am willing to talk to the Senate Judiciary Committee in any way the Committee deems appropriate to refute this false allegation from 36 years ago, and defend my integrity,” Kavanaugh added.

Kavanaugh was at the White House Monday morning amid the burgeoning controversy.

His accuser, Christine Blasey Ford, identified herself over the weekend. Ford, 51, claims Kavanaugh attempted to force himself onto her during a party in high school, at times covering her mouth so she couldn’t scream.

“I thought he might inadvertently kill me,” Ford, a clinical psychology professor in California, told The Washington Post. “He was trying to attack me and remove my clothing.”

Ford said she originally hoped to remain unidentified over concerns she’d be attacked, but as details surrounding her allegations began to emerge Ford said she felt she should come forward.

“I feel like my civic responsibility is outweighing my anguish and terror about retaliation,” Ford told The Post.

Debra Katz, Ford’s attorney, on Monday said her client would be willing to testify on her allegation against Kavanaugh in front of the Senate Judiciary Committee.

Katz said Ford will do “whatever is necessary” to get the “full story” out there and ensure an “informed decision” is made regarding Kavanaugh’s nomination for the highest court in the land. 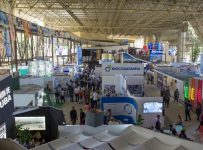 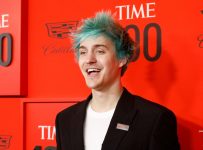