Business leaders have warned the government against wasting the Brexit extension, sounding the alarm that another deadlock in six months’ time would inflict renewed damage on the UK economy.

Stephen Phipson, chief executive of the manufacturing lobby group Make UK said some smaller businesses “won’t survive” the delay because they ploughed resources into planning for a spring Brexit.

Businesses lower down the manufacturing supply chain have been forced to borrow money to pay for stockpiling. The extra burden of financing their lending for another six months could push some companies under, he said.

“Some of these pressures they are under are unbearable … Some of [the smaller companies] are creaking under this working capital burden,” he said.

Carolyn Fairbairn, director general of the CBI, said: “This new extension means that an imminent economic crisis has been averted, but it needs to mark a fresh start. More of the same will just mean more chaos this autumn.”

Businesses would now only adjust their worst-case no-deal Brexit plans, rather than cancel them altogether, she said. A source at a large manufacturer said the extension meant nothing had changed for their preparations other than prolonging the need for expensive stockpiling.

There are concerns the delay could present a renewed cliff edge event for companies to prepare for on Halloween if MPs fail to break the deadlock in Westminster. The UK will be tested on its progress in June, meaning risks to the economy over the summer, while Brexit could happen earlier if parliament reaches a deal.

Analysts said the delay would rekindle domestic political uncertainty, with the raised likelihood of a snap election or second referendum. There is also little sign of how the Brexit deadlock in parliament might be broken.

Silvia Dall’Angelo, senior economist at the City fund manager Hermes Investment Management, said: “It is not clear that the extension will change the entrenched positions of the government and of MPs. The risk is that a diminished sense of urgency leads to idleness in coming weeks and months.”

The pound largely shrugged off the news of the extension as economists said that a rebound for UK growth was unlikely while uncertainty remained. Sterling was barely changed against the US dollar at $1.308 on Thursday morning, and against the euro, at €1.159.

Peter Dixon, an economist at Commerzbank, said: “The scope for lifting Brexit-related uncertainty is limited, which suggests little prospect of a sustainable rebound in either the economy or sterling.” 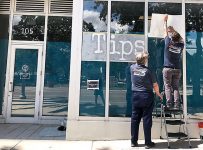 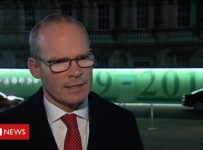