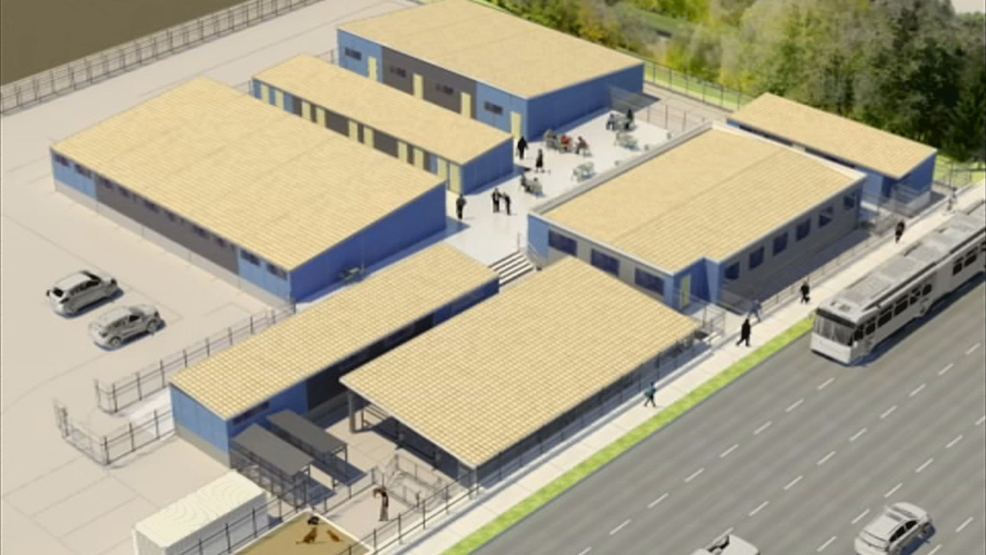 Some business owners are upset they were not told of a homeless shelter being built in the 600 block of Elliott Avenue in the lower Queen Anne neighborhood. The Elliott Modular Shelter is funded by King County taxpayers and is scheduled to open in August.

It can house 72 in a dormitory style setting with eight beds in each unit. The total cost is $4.5 million and that include $2.7 million to purchase the modules — that’s $62,500 in capital costs per bed.

Unlike the tiny house villages funded by the City of Seattle, these modular units were built by Whitley Evergreen of Marysville. The units include sleeping quarters, a full kitchen facility, full bathroom facilities, laundry, case management offices and can be moved to other locations if need be.

The Shelter will be set up like a campus with nine dormitory units in, what is now, a parking lot. Singles, couples and pets will be welcomed. Catholic Community Services will operate the shelter and provide case management.

But some neighbor business don’t like how they didn’t have a say-so in the matter.

“Sometimes you just have to do what you think is right — that’s why I was elected,” said King County Executive Dow Constantine; he spear-headed the decision to turn the county owned land into a homeless shelter.

“We have a crisis around homelessness, so we have an opportunity to get 70 people out of this weather and into the services they need, we are going to take that opportunity” Constantine said.

“You can build one of those little houses for $1,500 – maximum – go to Home Depot and build it,” said Heimdahl. “We need to hold those in power to be accountable for our money.”

Unlike many enhanced shelters run by the City of Seattle, people won’t need a referral to get into the Elliott shelter. It’s on a first come, first served basis and while they wait for housing to open up, they will be allowed to stay indefinitely.

“They rob us continually,” said Robert Wilson, owner of Wilson Machine Works. He believes the shelter will add to an already bad situation with people living in tents nearby who, he said, defecate on his doorstep, steal his mail and leave needles behind his business.

“They are totally out of touch,” said Wilson of local political leaders. “What the city and the county and the state are spending on the homeless right now, we can all buy them houses in Bellevue.”