Ms Healy is a member of the Watson and Hackett area’s ‘Buy Nothing’ Facebook group – a phenomenon sprouted out of Washington and expanded to 27 countries across the world.

They run on an ethos of “gift economies”, wherein neighbours offer up their unwanted items for free and come around to each other’s houses to collect them. There’s no postal stamps or PayPal.

The ACT alone has 16 of the groups, most of which have between 500 and 1000 members, and more are expected in the coming months as the larger ones split off into two or three smaller groups.

“It’s not just for giving things away and receiving things but also for meeting neighbours,” Ms Healy said.

“It makes the neighbourhood feel like a really nice community because people drop things off and you have a chat to them.”

Through the group, Ms Healy gives away vegetables from her garden and “worm juice” for fertiliser. She’s received many items in return – a king bed, coffee maker, clothes, toys, books and puzzles, just to name a few.

The environmental benefits of Buy Nothing were one of the main reasons Ms Healy got involved about two years ago but now she enjoys the sense of community it offers.

Buy Nothing inspired her to start her own local tennis group via Facebook and she plays with three women from the group on a weekly basis.

“We’ve also had people from the group come and feed our cat when we’re away, or house sit and look after the cat,” she said.

“I know the op shops are overflowing with stuff, so it’s another way of recycling without anything going to landfill or op shops.”

People in the Buy Nothing groups offer up almost anything – ice-cream “with only a couple of scoops missing”,  half-full cans of canola oil, rugs, shirts, and packs of Japanese noodles.

And there’s always someone, or multiple people, who will put their hand up to take it.

“Once, when I had enough time, I put the name of everyone who wanted what I was offering in a bucket, and my son drew one out. Then I posted a photo of the [winning] name,” Ms Healy said.

“They kind of encourage you to not just choose the first person who’s asked for something.”

Ella Bloom, a hotel receptionist and administrator for the Gungahlin Buy Nothing group – which has about 1100 members – says the ACT’s Buy Nothing team take the project very seriously.

New administrators have to undertake a week-long training program before they are appointed to their local Facebook group, and there are a number of regional managers across the territory to keep everyone in check.

Canberrans are only allowed to join one group so that they can remain “hyper-localised”. It’s recommended that each have a maximum 600 members.

“The most important thing for Buy Nothing is that we want to model the right behaviour in all our groups,” Ms Bloom said.

“Having smaller groups makes it more accessible to people, so they don’t have to drive a long distance to pick up their items … it’s great to see the affect that it can have.”

The Gungahlin Buy Nothing group is expected to split into three smaller groups in February due to it having a large amount of members. 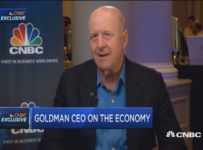