My friend died and it turns out that he never changed his will. Now she wants the house. His kids want to know whether she has any rights to the home.

A: Your late friend’s situation is a textbook example of why estate plans need to be reviewed regularly, but in particular, after a major change of life: relationships starting and ending; having a baby; receiving a major inheritance; extended family, or the special needs of an adult child, whether due to illness, addiction, abusive relationship, etc.

Estate plans typically include a will, a living will, powers of attorney for health care and financial matters, various types of insurance and possibly trusts. If you don’t keep these up to date as your life goes through various changes, your heirs could wind up with a nightmare scenario, which is what this sounds like.

So let’s unpack it: You said that the girlfriend signed over her right to the home when they split up. At that point, she could not have made a claim against the home, but what we don’t know is what your friend’s wishes were with respect to the disposition of the home after his death.

That’s where your friend’s will comes into play. When a person signs a last will and testament, the document shows the world what that person wanted done with their worldly possessions at the time the document was finalized. A will is considered the final legal documentation that lets the world know who should get what from the deceased person’s estate (and who doesn’t get anything).

Crafting a legally binding will means going through many hoops to finalize the document. The process starts with finding an attorney or buying a software program to draft the will. In either instance, he answered a ton of questions about what he owned and what he wanted done with his real estate and other assets. When he finished answering all the questions, the result was his last will and testament that included information about who was going to get his home.

That’s a lot of steps to go through, and the purpose of the process is to make sure that the document evidences his wishes and sufficient people see your friend sign the document to know that he was “of sound mind” when he signed it.

That’s why, in general, a will prevails over just about everything else. When couples get divorced and fail to change their wills, their wills may result in the ex-spouse getting property that the ex-spouse never thought they’d get. The same is true between friends, parents and children or anyone else.

We understand that the girlfriend signed the document relinquishing any claim to the home, but we can’t know whether your friend wanted her to get the house anyway. We don’t know if he forgot to change his will or intentionally didn’t change the will. Because the will generally is the final word, it’s likely the girlfriend has a right to the home unless it turns out that your friend put his children onto the title as joint tenants with rights of survivorship.

Regular readers of this column know that we generally don’t recommend putting title to the property into your children’s names. But if your friend happened to put his children onto the title, then the children would receive ownership of the property even if your friend’s will named his ex-girlfriend.

But if he didn’t change title to the property, and if the will names her as the beneficiary of the home, then the executor of the estate probably is bound to follow the instructions given in the will. Now if your friend signed an amendment to the will or you find some other clear information that shows your friend in no way shape or form wanted her to have the home, the kids might be able to dispute her right to the home. But that’s an uphill battle.

Laws may differ slightly from state to state, and your friend’s situation may include other facts that could change the outcome. His kids may want to talk with a probate attorney to discuss their options going forward. 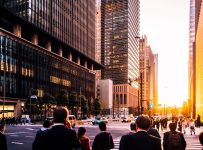 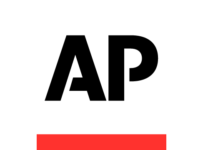 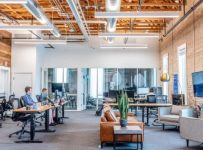