Chrissy Teigen has written a moving Medium post about the death of her third child she was expecting with John Legend.

In the post simply titled “Hi.”, Teigen begins by stating she “had no idea when I would be ready to write this.” The cookbook author announced her pregnancy in August in Legend’s “Wild” music video. In September, Teigen shared that she was on at-home bed rest because of complications with her placenta and bleeding. Later that month, she was hospitalised at Cedars-Sinai Medical Center, Los Angeles after the bleeding had worsened. On Oct 1., Teigen posted the news on social media that the baby had died.

“We are shocked and in the kind of deep pain you only hear about, the kind of pain we’ve never felt before. We were never able to stop the bleeding and give our baby the fluids he needed, despite bags and bags of blood transfusions. It just wasn’t enough,” she wrote on Twitter and Instagram at the time, alongside a series of photos, including one of herself crying on a hospital bed.

People who’ve experienced pregnancy loss thanked Teigen for generously sharing her experience with such rawness and honesty. The stigma surrounding conversations of miscarriage and stillbirth still persists, and many people go through this experience feeling unable to talk about what they’ve gone through. Teigen’s pregnancy loss post also prompted a discussion about whether the term miscarriage should be banished, as it carried connotations of blame and fault. Many suggested that pregnancy loss is a preferable term.

After taking a break from social media, Teigen published a Medium post on Tuesday sharing more details about her pregnancy loss experience, and thanking people for their kindness in their response to her grief.

“The moments of kindness have been nothing short of beautiful,” she wrote. “I went to a store where the checkout lady quietly added flowers to my cart. Sometimes people will approach me with a note. The worst part is knowing there are so many women that won’t get these quiet moments of joy from strangers.” She implored people to tell their stories of pregnancy loss and grief, and for others to be kind to people doing so.

Teigen explained in more detail the complications she suffered. “My doctors diagnosed me with partial placenta abruption,” she said, adding that she had also had placenta issues when pregnant with Miles, her second child. She wrote about the hope she felt while undergoing treatment in hospital while the bleeding was happening, and how that hope eventually turned into acceptance of loss. “After a couple nights at the hospital, my doctor told me exactly what I knew was coming — it was time to say goodbye,” she wrote.

“These photos are only for the people who need them.”

She also addressed those who were critical of the photos she posted, and who opposed her public grieving. “I cannot express how little I care that you hate the photos. How little I care that it’s something you wouldn’t have done,” she wrote. “I lived it, I chose to do it, and more than anything, these photos aren’t for anyone but the people who have lived this or are curious enough to wonder what something like this is like. These photos are only for the people who need them. The thoughts of others do not matter to me.”

Teigen finished by explaining why she wrote the blog post. “I needed to say something before I could move on from this and return back to life, so I truly thank you for allowing me to do so,” she wrote. “Jack will always be loved, explained to our kids as existing in the wind and trees and the butterflies they see. Thank you so much to every single person who has had us in their thoughts or gone as far as to send us your love and stories. We are so incredibly lucky.” 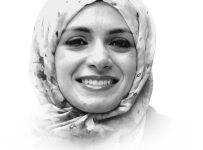 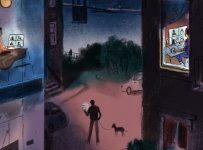