Does anyone else remember The Flintstones cartoon? I may be dating myself, but one of the characters that always stuck in my mind was “Grand Poobah.” He was the leader of a secret club that Barney Rubble and Fred Flintstone were members of. It turns out that the term actually has its origins from a character Pooh-Bah in Gilbert and Sullivan’s 1885 comic opera, The Mikado. I really do not know much about the opera, but critics have noted it has some offensive and racist content so I will stick to the Flintstones. Over time the term “P00bah” has evolved as term mocking someone of self-importance or locally high ranking. By now, you are certainly asking the question, “where are you going with this Dr. Shepherd as it relates to climate discourse on social media?”

For several years, I have watched the vitriolic dance and tribalism of climate change in social media.  It includes people hurling insults or names like “skeptic,” “denier,” or “warmest” around. At times I pinch myself to make sure we are not back on the elementary playground. Climatologist Brian Brettschneider wrote an interesting piece in Forbes recently on the terms “skeptics” and “deniers.” That piece got me thinking about climate science on social media and associated personalities (including myself).

Janna Anderson and Lee Rainie discussed the future of truth and misinformation online in a Pew Research Center article. They wrote,

In late 2016, Oxford Dictionaries selected “post-truth” as the word of the year, defining it as “relating to or denoting circumstances in which objective facts are less influential in shaping public opinion than appeals to emotion and personal belief.” The 2016 Brexit vote in the United Kingdom and the tumultuous U.S. presidential election highlighted how the digital age has affected news and cultural narratives. New information platforms feed the ancient instinct people have to find information that syncs with their perspectives.

Such confirmation bias is rampant. The Pew report goes on to discuss the challenges ahead in the era of the “fake news” narrative. I quietly like to observe the tribal rhythms of social media. One thing that really jumps out to me in climate science discourse is the “dominance of personalities.” People will repeat, retweet, or share something just because they like or agree with a person irrespective of whether it is accurate or deserves more critical thinking. It is almost like a “cult of personality.” Freelance writer Alan Whiting writes on his page,

Science is supposed to be objective. It shouldn’t matter who discovered the equations, just whether they’re true or not. But scientists show something like hero-worship toward the great figures in the field, something that has to do with the basic nature of science.

This phenomenon is not unique to a particular side. Some people feed on the “Grand Poobah” effect for reach and influence rather than the usual metrics in science credentialing such as publish papers and so forth. There is a movie called Internet Famous that mocks people that become “Twitter, You Tube or Instagram famous” rather than ascending to the top of their craft because of tangible achievements or hard work. I often wonder if some of this plays out in scientific tribalism too.

The other aspect of the “Grand Poobah” effect that I notice is the need to keep the tribe intact and spreading the “word.” I always smile when someone disagrees with something I tweet and then tags their “Grand Poobah” to rush in to dispute me. Since I referenced “cult of personality” earlier, I explored some of the ways cult leaders persuade others to follow them. To be clear, I am not equating social media poobahs to cult leaders. Cult leaders typically use 8 techniques according to an article written by Rina Kat in The Observer. To me, three of these techniques are often evident in social media science debates. “Demand for purity” is the notion that only one doctrine or perspective is correct. “Loading the Language” is the process of using certain jargon or criticism tactics against those that have a different viewpoint. “Doctrine over person” is when members believe only their doctrine. Kat writes,

cult members will tend to change their actions or their own perception of their actions. This is seen in a Heaven’s Gate cult incident where members bought an expensive telescope to observe a holy comet. When they could not spot the comet, the members called the telescope sellers and accused them of selling a faulty item.

This is similar to what I have seen when the science disputes a core claim. For example, I often see people disparage the peer review process , and to be clear, there are challenges with it. However, it is amusing to see that same person share a peer reviewed study that supports their viewpoint.

Healthy scientific discourse and skepticism are essential to science and discovery. Many of our greatest advances have emerged because of a second or third look at a science question. Additionally, people  tend to be attracted to rebels or those that “buck the system.” Michael Morange discussed the fine line between science and rebellion. He points out that Mozart and Van Gogh were likely considered rebels. Is there an attractiveness to the prospect of being that “rebel” scientist against the consensus that may ultimately be right?

Honestly, I do not know the answer to that question. This piece was just a series of thoughts smothered onto the canvas of this blog space. There is no right or wrong in this narrative. There are also no targets either because aspects of this apply to any particular side.

I appreciate those that follow or like me, but you do not always have to agree with me. And vice versa. By the way, the Flintstones jingle is now stuck in my head. 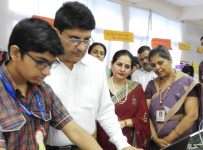 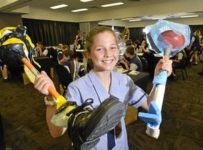