The summer of 2020 might have been a tough time to open a high-end home design hub. But for The Collective in Naples, that timing has surprisingly worked out well — despite the challenges of the pandemic.

A booming local real estate market has definitely been a positive factor. “This has not been the year everyone [at The Collective] thought it would be,” says Randy Kurtz, co-founder of luxury homebuilder Kurtz Homes Naples and the developer of The Collective. “But the real estate market is helping a lot. A lot of people are moving down to Naples and building, renovating and buying homes. So our building is a good place to come into.”

Kurtz has owned the property where The Collective was built for 15 years, and it wasn’t hard to bring others on board once he started developing his concept. The building was 70% leased before construction even started. (Kurtz declines to disclose how much he invested in the project.)

The whole idea of the space, something of a one-stop shop for homeowners and homebuyers, works well in the current landscape, where people may be trying to limit their visits to places outside their own homes. Someone building or renovating a home can check off a lot of elements all at one location by visiting The Collective, located in the Naples Design District. Most of tenants are open to the public, says Kurtz, while a few others, as of mid-December, were almost ready to open. Some tenants were also offering individual appointments.

‘Considering the crazy year we’ve been through, I’ve been very pleased with getting such good tenants.’ Randy Kurtz, The Collective

“The concept for the building was to bring in tenants that bring people to each other,” says Kurtz. “They’ve done a lot better than they thought they would with the virus. Everyone here is glad they’re here.”

At this point The Collective is almost fully leased out. “Considering the crazy year we’ve been through, I’ve been very pleased with getting such good tenants,” says Kurtz.

That’s also the location of The Studio, which has 21 individual showrooms where companies showcase everything from hardware and fireplaces to flooring and windows. That option has proved so popular — 20 of the 21 studios are already leased — Kurtz is using some of the available space remaining on the second floor to expand The Studio, adding eight to 10 additional showrooms. “I decided to enlarge The Studio since it brings a lot of people into the building,” he says.

Current ground floor tenants are GWT Outdoors, Sun Mountain Custom Doors, Method & Concept and Luxury Bed Collection. Available space remains on the ground floor that Kurtz earmarked for a restaurant. That’s something he continues to pursue, talking with various restaurateurs, but the need isn’t as immediate given the current climate and the fact that so much of the building is leased out.

But a restaurant will likely eventually fill that space. “The tenants would like to have one, and it would be something that brings people to the building,” says Kurtz. “And I’d still selfishly like to have a restaurant down the stairs from my office.”

When it comes to Kurtz’s own business, he admits he could be a lot busier than he is. But as he looks toward 2021, the custom homebuilder has decided to stick with a philosophy that’s proved successful for almost four decades.

“We don’t do every job we could get,” he says. “We take on a limited number of homes. I could take on a lot more work by being in this building. I will probably be talking to more people than I normally would because I’ve got more exposure than I had in the past. But I still plan to take a limited number of jobs. It’s worked out well for 38 years, so why change things?” 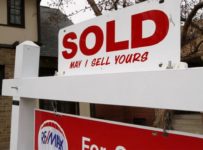 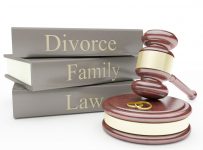