But then I veered away somewhat from the cancer script and broached the ongoing pandemic. The immunocompromising effects of chemotherapy coupled with Ms. R’s advanced age and comorbidities meant that covid-19 precautions, specifically masking, should be automatic for her and for those around her to dampen any infection risk. (I am identifying her by her initial to protect her privacy.)

Visibly inflamed by this last bit of medical advice, Ms. R howled back at me. And right there in the exam room, she harangued me about “breathing,” “mask nonsense,” “liberals,” the “media” and “control.”

As the pandemic has become increasingly politicized, the effects have seeped into the doctor-patient relationship. I regularly witness patients malign the medicine and science that undergird our efforts against covid-19, the disease caused by the novel coronavirus.

And though physicians have embraced political activism and advocacy outside the walls of the hospital and clinic, medical conventions dissuade them from engaging their patients directly on any subject that is tinged with politics. But when politics become a harm to health, the Hippocratic oath, which requires us to treat patients to the best of our ability, compels doctors to act. As someone who swore fealty to science and public health and who has intimately witnessed the suffering wrought by coronavirus, this is my obligation.

The initial impulse was to hope that this discomfiting moment would pass on its own. Medical school, clinical training and board certification exams had not prepared me to examine or treat the politics of my patients.

Although it was possible for me to address the charged issue of masks simply with a smile and hasty transition back to Ms. R’s cancer, the coronavirus had made such a move impermissible. For an oncologist who was trying to push forward against the considerable weight of metastatic cancer and a pandemic, the grave decision to wear a mask could not be left to a patient’s political leanings.

Further, being an oncologist meant that I was comfortable with being uncomfortable. Telling patients what they did not want to hear was necessary whenever I spoke about hospice or treatments that were palliative and not curative in their goal.

I also understood that the abstract public health recommendations behind widespread mask use would need to be humanized for Ms. R. She needed to experience the science instead of hearing about it from politicians and talking heads.

I grabbed a spare surgical mask and provided an animated explanation of how the covering protected the wearer and those nearby. This was supplemented with stories about masking from my own personal and clinical life. While I had her ear, it also made sense to add a morsel of data on how much masks reduced transmission of coronavirus.

Ms. R affirmed it all tersely by saying, “I like you.” She trusted me to treat her cancer. And our exchange showed that this trust could be stretched to also include a mask.

There continue to be other reminders that patients have evaded infection from the virus itself but not its politics. I’ve heard Mr. J, a 71-year-old with Stage 4 lung cancer, excoriate Anthony S. Fauci, director of the National Institute of Allergy and Infectious Diseases, for “being wrong” and for “lying” to the American people. Ms. S, a 56-year-old on chemotherapy for breast cancer, inquired about the prophylactic use of hydroxychloroquine, which President Trump has championed but the Food and Drug Administration has described as a risk for people with heart problems, despite already being at risk for fatal heart arrhythmias.

But the potential for such clinical encounters did not start with covid-19.

Politics has been a mainstay in health care ever since President Barack Obama signed the Affordable Care Act (ACA) into law in 2010. Before this, the passage of Medicare and Medicaid in the early 1960s garnered support from both sides of the aisle. Many issues in health care are now imbued by politics — medical marijuana, prescription drug costs, gun control, climate change and access to health insurance.

Because the spaces in which we interact with our patients do not exist in vacuums that are untouched by the politicization of issues that affect health and health-care policy, it is understandable that they would surface in our daily contact with patients. A 2016 study found that the personal politics of primary care physicians affected how they managed reproductive health, drug use and sex.

Crucially, as Farzon Nahvi, an emergency medicine physician, writes in the Guardian, doctors should not underestimate how patients are roused and influenced by the politics they imbibe: “Suddenly, being a physician and ignoring politics has become a lot like being an airplane pilot and ignoring the fact we are flying with the cabin doors wide open. Patients are about to be whisked into the sky with no parachute — it is just as unethical to ignore politics as it would be to continue flying that plane pretending everything was okay.”

The American Medical Association’s Code of Medical Ethics advises physicians to “refrain from initiating political conversations during the clinical encounter” and to “not allow differences with the patient or family about political matters to interfere with the delivery of professional care.” This underpins the notion of an apolitical and objective doctor in the exam room.

When politics begin to affect the health and lives of a populace, they become the preserve of doctors. As Rudolf Virchow, one of the 19th century’s preeminent leaders in medicine and pathology, observed, “Medicine, as a social science, as the science of human beings, has the obligation to point out problems and to attempt their theoretical solution.” He added, “If medicine is to fulfill her great task, then she must enter the political and social life.”

Physicians cannot be overstepping if the ethical bedrock of their vocation, the Hippocratic oath, compels them to act for their patients: “I will do no harm or injustice to them.” My silence or discomfort to correct these fallacies of my patients would be identified as a harm to them. Their politics endanger not only my personal patients and colleagues in health care but also far more that I will never meet.

None of this should be mistaken for the politicization of medicine. It is more so the responsibility to enter the political fray to reestablish the authority and truths of science and public health, which are neither blue nor red, during this pandemic. Because without them, viral transmission cannot be interrupted, minorities will continue to be afflicted disproportionately, non-covid-19 health services will remain disrupted and lives will perpetually be at risk.

It always made more sense for the doctors who understand coronavirus and its tragic human consequences to be influential in shaping America’s pandemic narrative. The void for medicine to fill is now greater than ever. As the editors of the preeminent New England Journal of Medicine recently wrote, this is because our “dangerously incompetent” leaders “have taken a crisis and turned it into a tragedy.”

But before physicians take to the various mediums available to them to advocate for science and public health, we must not forget that the Hippocratic oath begins with our own, sometimes political, patients.

Jalal Baig is an oncologist and writer based in Chicago. 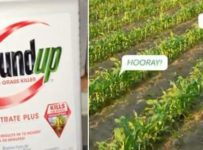 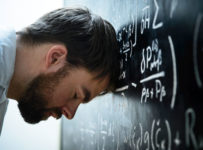