Boris Johnson has backed Dominic Cummings to remain as his special adviser, amid calls for his resignation after allegations that he broke the UK lockdown rules.

The prime minister said at a press conference on Sunday afternoon: “I want to begin by answering the big question that people have been asking in the last 48 hours and that is: is this government asking you, the people, the public, to do one thing while senior people here in government do something else?”

“In travelling to find the right kind of childcare at the moment when he and his wife were about to be incapacitated by coronavirus and when he had no alternative, I think he followed the instincts of every father and every parent. And I do not mark him down for that,” said the prime minister. “I believe in every respect he has acted responsibly, legally and with integrity.”

Mr Johnson said that he made the decision after having extensive face-to-face conversations with Mr Cummings.

A growing number of Conservative MPs have called on the prime minister to sack Mr Cummings after he was accused of breaking lockdown rules, which he had a hand in shaping, by traveling to Durham when he had symptoms of the deadly virus.

According to The Observer and Sunday Mirror newspapers, Mr Cummings breached the lockdown rules and was spotted in the market town of Barnard Castle on April 12. After returning to London on April 14, another witness said he was spotted in County Durham on April 19.

A joint investigation by the Guardian and Daily Mirror newspapers on Friday alleged that Mr Cummings, architect of the Vote Leave campaign to take Britain out of the EU, had driven 264 miles from London with his ailing wife and young son to a family home in County Durham, where he was spotted by an eye-witness on April 5.

“I have seen a lot of stuff in the last few days about this episode of self-isolation by Mr Cummings that does not seem to correspond remotely with reality,” Mr Johnson said.

The controversy centres over whether the trip was essential for ensuring childcare and therefore allowed by the lockdown rules, which have been criticised for their vagueness.

Mr Johnson also said that “good progress” was being made in the efforts to reduce the spread of the virus but Britons must continue to take action to keep the R, or reproduction, number down.

A further 118 people died of coronavirus in the past 24 hours, taking the total death toll from the virus to 36,793. 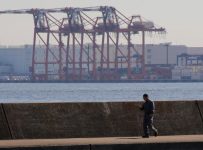 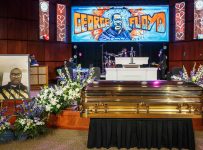 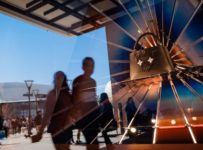