The global total of confirmed cases with coronavirus surpassed 1m, as 66,874 cases were diagnosed so far on Thursday. The virus, which started in China and quickly spread around the globe, has claimed more than 50,000 lives. Some countries are seeing signs of the cases slowing down. However, the US is seeing daily increases in excess of 20,000.

The US navy dismissed the captain of an aircraft carrier after he appealed for help to combat an accelerating coronavirus outbreak aboard his nuclear-armed ship. Acting Navy secretary Thomas Modly said Captain Brett Crozier of the USS Theodore Roosevelt was suspended from duty after it was determined he made public a letter warning of the risks to his crew from coronavirus. “He did not take care to ensure that it couldn’t be leaked and that’s part of his responsibility,” said Mr Modly.

The forced closure of Tesla’s US assembly plant last month didn’t make as big a dent in new vehicle deliveries in the first quarter as Wall Street had feared. The news sent the electric carmaker’s highly volatile shares up nearly 18 per cent in after-market trading on Thursday, though they are still 45 per cent below the peak hit earlier this year. Tesla said it managed to get 88,400 cars to customers in the first three months of the year — about 9,000 fewer than investors had been expecting before the crisis hit.

US stocks snapped a two-day losing streak, recovering from mid-afternoon losses, as oil prices recorded their largest single-day rise on record. The S&P 500 closed 2.3 per cent higher in a rally fuelled by the energy sector, which jumped more than 9 per cent. The Nasdaq Composite was up 1.7 per cent, and the Dow Jones Industrial Average advanced 2.2 per cent. Shares in energy companies rallied in tandem with oil prices. Brent crude settled 21 per cent higher at $29.94 per barrel after Donald Trump raised the market’s hopes for an agreement between Saudi Arabia and Russia on supply curbs.

New Yorkers have been urged by mayor Bill de Blasio to wear face masks or similar coverings when they venture outside into what has become a global coronavirus hotspot. “We’re advising New Yorkers to wear a face covering when you go outside and will be near other people,” Mr de Blasio said at a press conference on Thursday. “Let’s be clear: this is a face covering. It could be a scarf, it could be a bandana, something you create yourself: It does not need to be a professional surgical mask.”

Peru has joined Panama in allowing men and women out on alternate days in a bid to combat the coronavirus, Peruvian president Martín Vizcarra said on Thursday. Men will be allowed to leave their homes on Mondays, Wednesdays and Fridays to shop for essential items while women can go out on Tuesdays, Thursdays and Saturdays. On Sundays, everyone has to stay at home. Panama, in Central America, brought in a similar rule earlier this week.

Hong Kong is to shut bars and pubs from Friday for 14 days. Authorities said 69 confirmed Covid-19 cases were related to bars, leading to secondary, tertiary and quaternary infections. People who violate the order, which comes into effect at 6pm local time on Friday, are subject to a maximum fine of HK$50,000 (US$6,400) and imprisonment for six months. 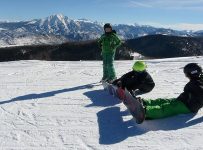 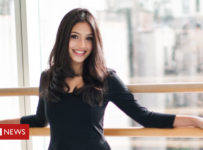 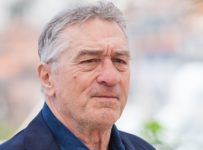