Most of the global crises of the last century or so were at least instructive. The first world war discredited empires in favour of national self-determination. The second argued for curbing that nationalism with the UN and other formal trammels. Even the later, bloodless disasters served as learning experiences. The stagflation of the 1970s exposed the limits of the Keynesian state. The financial crisis in 2008 established its worth all over again. For each shock, an education.

What distinguishes the crisis of the day is the absence of any such thing. No governmental or economic model has consistently outperformed its rivals against Covid-19. Individual leaders can be said to have done better (German chancellor Angela Merkel) or worse (UK prime minister Boris Johnson) but no system has “won” the year. Or conclusively lost it. For we who are paid to divine the meaning of events, it is time to call off the search for an overarching lesson from the pandemic.

At one point, the relative success of Germany seemed to vindicate European social democracy. But Italy, where public social spending is yet higher, has more deaths relative to population than any country in the Johns Hopkins University global data. France is unusual in spending even more on its welfare state. It has more aggregate cases than all but a handful of countries, each of which is hugely more populous.

On neither of these scores — nor a third, the case-mortality ratio — do big governments reliably outperform small ones, or the other way around. The proper balance of state and market is one of the mysteries of organised human life. It is central to most elections in most democracies. And, for all that the pandemic has illuminated the question, it might as well not have happened.

The same is true of the “right” amount of civic freedom. China has suppressed the virus with a thoroughness that should, on the face of it, commend autocracy to its doubters. Except that New Zealand is just one of the liberal democracies to have fared comparably well. On any measure of the pandemic (aggregate deaths is yet a fourth), neither pluralist countries nor authoritarian ones can claim unambiguous superiority over the other side. As for those with hybrid models, they can be found among the bad-to-middling performers (such as Hungary) and the exemplary ones (Singapore).

Even correlations that “should” hold do not. It is unclear that rich nations were more resilient against the virus than middle-income ones. The UK has more cases than Indonesia. Spain has more than Colombia. The US has more than anywhere by a margin that would require the numbers to be wildly off to depose it from the top. Even within the US, both case rate and death rate vary in ways that conform to no obvious logic.

The closest thing to a pattern in this tempest of data is the scarcely believable success of east and south-east Asia. But that region encompasses communist China, the multi-party democracy of South Korea and various polities in between. What systemic lesson is the rest of the world to take from this zone of competence?

There is no disgrace in the quest for such certainty. The “narrative fallacy” is a technical term for a very human foible. It refers to our need to see shape and order in scattered events: to explain and not just record them. The alternative, which is to accept the role of randomness in life, is often too much to ask. And so an on-form sports team is assumed to have a sublime new tactic at work. Energy stocks are said to rise “on the back of” an oil-price rise, as though coincidence is unthinkable.

This urge to attribute cause and effect is all the stronger in a mortal crisis. Confronted with mass suffering, it is soothing to believe that we will emerge wiser about how best to arrange our societies. A tragedy without a corresponding agenda for reform is all the harder to bear.

Unless the data coheres into some shape, however, that is what we have. The evidence does not even throw up many hard-and-fast rules about the right policies for a virus (Taiwan, whose total death toll is seven, has had no national lockdown). Far less does it elevate one model of social organisation over others. In the geopolitical propaganda war, China will claim that its system is the one that worked this year. The liberal west will argue the same, and both will have half a point, without a clinching case.

Beyond the tautological — good government is preferable to bad government — the world has amazingly little insight to show for its year of anguish. Its challenge is to resist forcing a narrative on to facts that do not support one. Ambiguity and confusion are difficult enough to live with. Commitment to the wrong kind of change would be vastly worse. 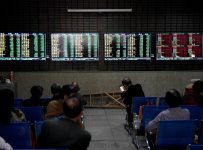