Apple is a $1 trillion company, the first US firm to reach that market capitalization milestone. Where does it now look to begin on the road to the next trillion? There is another underappreciated earnings tailwind that the technology giant expects to help earnings over the next year: the fast-falling price of memory chips in the semiconductor sector.

Apple’s strong third-quarter earnings had Wall Street gushing, and in the earnings call on Tuesday afternoon, Apple CFO Luca Maestri highlighted the weakened price of memory chips, which should significantly reduce tech companies’ costs over the next year and reverse from a headwind to a tailwind for results.

Memory chips are a key component in everything from smartphones to self-driving cars. For companies like Apple, which heavily relies on semiconductor chips to manufacture the bulk of its products, the chips are a big fiscal burden. In 2017, Apple was the second-largest purchasers of memory chips worldwide, acquiring roughly $39 billion worth of semiconductors — over a fourth of the tech company’s annual cost of goods — according to data from Gartner, a global research and advisory firm.

Now spot prices for two of the major types of memory chips — referred to as NAND and DRAM — have fallen from a historic highs in 2017, dropping 37 percent and 16 percent respectively in the first half of this year, according to semiconductor sales tracker DRAMeXchange.

Despite weakened prices, Apple’s gross margin for the third quarter of this year has remained stagnant compared to its Q3 gross margin in 2017, hovering at approximately 38 percent. When pressed on why falling NAND and DRAM prices haven’t lifted Apple’s gross margin, Maestri contested that relief will show in coming quarters.

“On the memory front, it is true that prices have started to decline. It has been a significant headwind for the last 12, 18 months and still in the June quarter was a negative. We believe that we’re going to start seeing some improvement from here on,” the Apple CFO said.

The nosedive in the cost of memory chips is largely due to an oversupply and smartphone sales saturation globally — Apple sold roughly the same number of units in its latest quarter as in the year-ago quarterly period. Technology sector analysts say that tech companies like Apple should expect to reap the benefits in roughly six months, following the slump in chip prices.

“The leading indicators say that prices will come down more, but as it relates to physical costs, [Apple] hasn’t gotten the benefit yet and [is] paying the lagging costs,” said UBS analyst Timothy Arcuri.

Arcuri said tech companies will see relief from a decline in DRAM chip prices by the end of the year, and for NAND chips by the first half of 2019. Other consumer tech companies including Samsung — which is also a vendor of memory chips — Dell, Lenovo, and Huawei, which recently surpassed Apple in smartphone sales, are expected to significantly benefit from the decline.

“This has been a consistent bugaboo for the entire tech sector. I think you’re going to finally get some relief,” Arcuri said.

Even so, consumers should not expect the dip in memory chip costs to extend into the price of products. 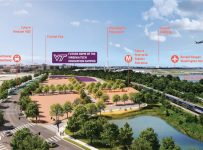 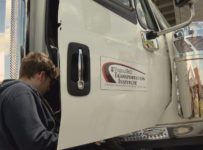