Israel’s innovative technology sector—which inspired the nickname “Startup Nation”—faces a shortage of 10,000 software programmers and engineers, the government says, posing one of the biggest threats to economic growth outside of war with its neighbors.

The reasons include competition from American companies such as

Oday Dahadha, a 25-year-old computer engineer with Asal, said he had never met an Israeli before he began working as a contractor for

an Israeli technology and hardware company, in 2014.

“It’s like working with any other international company,” said Mr. Dahadha, who said he learned the coding language Python on the job over the years and hopes one day to start his own firm.

Mr. Dahadha is based in the West Bank and said he travels to Tel Aviv about 10 times a year for meetings at Mellanox, spending hours passing through security checkpoints. “I feel bad about that,” he said. 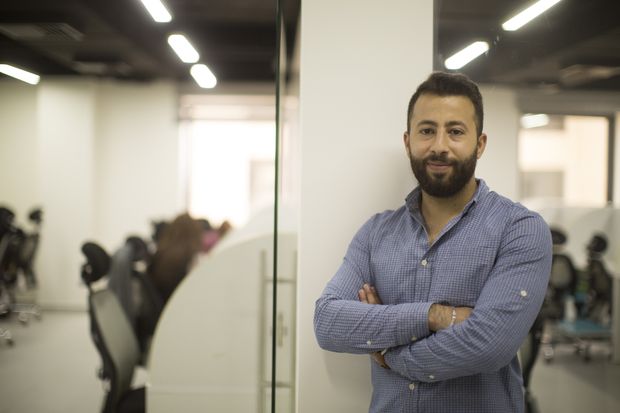 Palestinians were once a rarity in Israel’s high-powered tech sector. Many Palestinians oppose working for Israeli companies without a peace agreement, fearing such links enshrine the status quo of Israeli control of the West Bank and Gaza.

“We hoped these [Israeli] companies could do business with us on equal footing, but now we don’t do any business with them,” said Munib al-Masri, a prominent Palestinian businessman who at one time discussed with Israeli business leaders through the World Economic Forum ways to support the Obama administration’s peace efforts. He said he has stopped working with Israeli companies until there is a peace agreement.

Some Israelis, meanwhile, worry that violence or political upheaval could interrupt business with Palestinian workers.

But the depth of Israel’s talent shortage and the high wages Israeli companies can offer are breaking down political barriers. 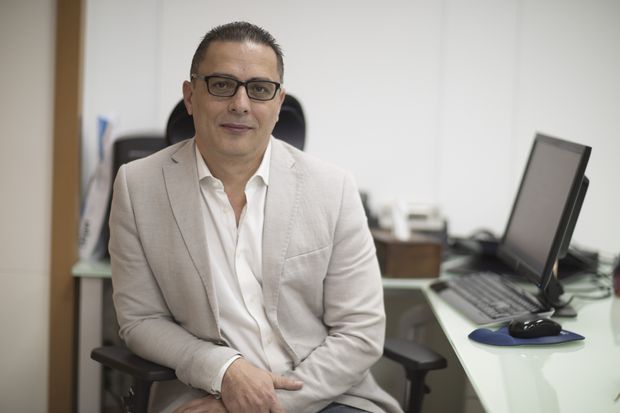 “The more the Israeli market has a demand, the more they flip every stone to look for talent,” said Mr. Tahboub.

Israel depends on the tech sector for almost half its exports. If the labor shortage persists, economic growth will stall, said Ami Appelbaum, chief scientist at Israel’s Innovation Authority, a government agency that supports the tech industry, among others.

Israel’s needs are converging with Palestinian efforts to broaden the economy in the West Bank, where the unemployment rate is over 18%, and lay the financial foundations for a state.

Palestinian universities produce between 2,500 to 3,000 information-technology graduates annually, and many want the experience and higher salaries that Israeli companies offer, according to the Palestinian Information Technology Association of Companies, an umbrella group representing Palestinian ICT companies.

“With the older generation it was more of an issue with politics, but young Palestinians are much more willing to work,” said Eliran Sharon, whose Israeli outsourcing company One Execution Hub, based in Herzliya, began working with engineers in the West Bank a year ago. 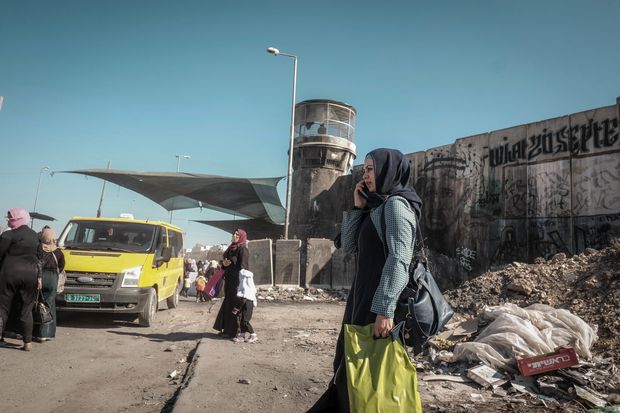 The Qalandia checkpoint from the West Bank into Israel. Palestinians who work for tech companies in Israel often spend hours going through security checkpoints on their way to visiting the firms.

The Trump administration team has consulted with Israelis and Palestinians in the tech sector as it crafts a peace plan, which it is set to unveil in the coming months. So far, Palestinian political leaders have boycotted contacts with the Trump administration since it said in December it would move the U.S. Embassy to Jerusalem and recognize the city as Israel’s capital.

Israel tech executives say there still could be much more use of the nearby Palestinian workforce. Israel tech companies currently outsource an estimated 20,000 jobs to Eastern Europe and India, while employing around 62,000 workers in Israel, according to research published by the Israel-based firm Ethosia-Human Resources in May.

But the number of Palestinian workers employed by Israeli companies is growing, as Israeli companies learn the advantages of outsourcing closer to home, including developers who work at a fraction of the price of Israelis. 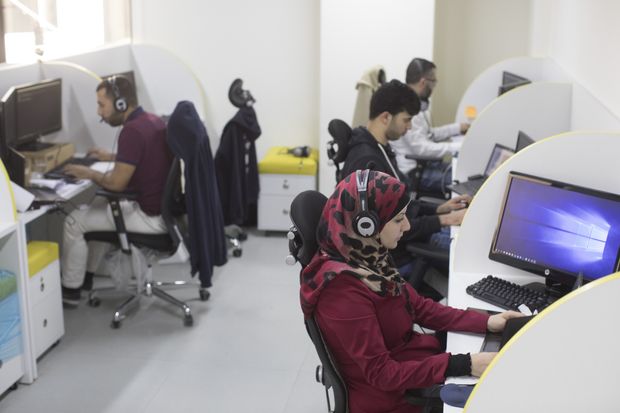 The average Israeli engineer in the tech sector makes around $130,000 annually while their Palestinian peers make on average $42,000, according to Israeli business newspaper TheMarker.

Mellanox, the company with which Mr. Dahadha works, employs 145 Palestinians—more than any other company in Israel—who represent about 4% of its workforce. The company has plans to add more.

There are unexpected advantages. During the Jewish holidays this past September, when most employees in Israel were off, a problem arose that affected one of Mellanox’s largest customers, Microsoft.

“The Palestinian guys understood the problem, fixed the problem,” said Eyal Waldman, the company’s chief executive, who added that he hires Palestinians because it makes economic sense: “We’re not a philanthropy.”