Sadie Stanley shocked everybody with her audition because of her lack of acting roles. But she had everyone’s full confidence the more they had her back to audition. (Photo11: Disney Channel/Jeff Weddell)

A new generation of kids is about to meet Kim Possible.

Sixteen years after the Emmy-nominated animated series first aired, Disney is reviving the concept with a live-action movie.

It premieres at 8 p.m. ET/PT Friday, Feb. 15 on the Disney Channel and DisneyNOW.

Like the original, it has a fierce female lead who fights evil as well as typical adolescent battles. The main characters are back, too, including Ron Stoppable and his animal-friend Rufus, a naked mole rat.

The movie begins with Kim Possible (Sadie Stanley) and her sidekick/best friend, Ron Stoppable (Sean Giambrone, “The Goldbergs”), starting Middleton High School. Kim has to learn to navigate the challenging social hierarchy AND save the world from villains Drakken and Shego. Ron and Kim befriend Athena (Ciara Wilson), who becomes the newest member of Team Possible.

Building a dream cast meant finding a trio of actors with chemistry as well as bringing back actors from the original animated series, Devine said.

“We knew that we always wanted a couple of members of the original cast, from the original cartoon, to be part of the family as an homage to the past,” Devine told All the Moms in an email. “And of course, we were thrilled when Patton Oswalt agreed to reprise his role as Professor Dementor. And having Christy Carlson Romano (who voiced Kim Possible) come in for a cameo was just so fun.”

Much to the delight of fans, they scored Nancy Cartwright from “The Simpsons” to voice Rufus the naked mole rat. Cartwright is best known as the voice of Bart Simpson, but she was also behind Rufus for the animated “Kim Possible” during its run from 2002-2007.

It’s a new movie, but fans will recognize the nods to nostalgia

The movie gives Kim and crew upgraded technology in their quest to fight evil, but Devine hopes that old-school fans will notice the Easter eggs meant to honor the original series.

“The opening title sequence is definitely a nod to the live-action interpretation of the cartoon opening title sequence. Also, in her bedroom we have all kinds of things on the wall — posters from adventures that happened in the original series. We have a couple of props around that are nods to things we saw in the original series as well,” she said.

You might not think going up against a cartoon is stiff competition, but playing a smart, live-action hero was not an easy get. Somehow 17-year-old Sadie did it with no major acting credits to her name.

“We flipped over her resume and somebody said ‘Is there a page missing?…We kept having her back over and over again (testing her with other actors and working with her ourselves). Amazingly, she just got better and better every time she came back, and did not crack under the pressure and really, not only held her own, but also really grew into the role right in front of our eyes,” Devine said.

Watch: Behind the scenes of ‘Kim Possible’

A behind the scenes look at the making of the the live-action Disney Channel movie “Kim Possible.”
USA TODAY 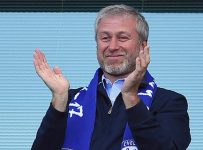 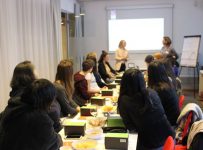