Now that seemingly everyone, from our top government leaders to that clueless guy at Costco, has fully politicized the response to COVID-19, things are truly getting back to normal. Or at the very least predictable, something we haven’t had these past few months.

After all, it’s an election year.

Political adversaries waiting on their haunches for the opposition to make the first move, so they then know what to come out against; the inevitable cry that “this is the most important election of our lifetimes;” and the coming deluge of phone calls to voters from pollsters, campaign workers and, of course, fundraisers. Normal American life.

The 2020 presidential election may come down to a choice between the living embodiment of Blazing Saddles’ Gov. William J. Le Petomane and a guy who rambles less coherently than Granny Weatherall on her deathbed.

Nevertheless, both campaigns will scour the nation to reach potential donors who might not find them detestable. Or at least less detestable than the other guy.

Perhaps it’s time we consider never again donating to a politician or political campaign. Not just Your Guy vs. My Guy (I don’t have a guy), but to every senator, two-bit horse thief in Congress, political action committee, ideological think-tank, state and local official (well, maybe support your local sheriff, as long as he’s played by James Garner).

The pandemic has produced many examples of better uses of money than pushing political agendas. Upon hearing that the San Antonio Food Bank was overwhelmed in April by those in need, journalist and author Shea Serrano turned to his massive Twitter following and raised $100,000 for the struggling food bank in eight hours. Celebrity chef Guy Fieri has raised more than $20 million for the Restaurant Employee Relief Fund.

Commendable, but compare that to the $1.1 billion raised by presidential candidates by the end of 2019, according to the Federal Election Commission.

The trend in political fundraising over the past decade or so has been mobilizing a large number of small donors via digital resources, publicly eschewing (while still cashing the checks of) the organizations and larger donors in order to claim popularity with the “little guy.” According to Federal Election Commission data, the largest segment of contributions in the 2020 presidential race were $200 or less, 35.5% of the total by the end of September last year. Big donors are close with 34.4% of the pie.

Never mind that the big donors are the only ones who earn the ear of a public official.

Say someone makes a $20 donation. All he’s done is sign up for an eternal subscription to a candidate’s newsletter. And a lifelong future of interminable fundraising phone calls from political groups and somewhat-like-minded candidates. A $20 donation and a cup of coffee leaves the little guy with a cup of coffee. Yet it delivers a huge benefit to the power structure already in charge.

Modern political campaigns, using platforms like Facebook and Google, exist not on any service promised or provided, but on data and dollars collected. If you’re not donating at the highest levels and, even more importantly, bundling up scads of other large donors to deliver to a candidate, you’re just exercising your First Amendment right into the wind.

And you’re providing political party monsters with a hard database of soft touches, whom they can maybe bleed dollar by dollar to help candidates make their power grab.

As that database gets shared (sold) around political circles, an inbox gets infected with all sorts of tilted missives and calls for donations. A skillful hand on a junk email filter can weed out the notes from fringe groups (The Daily Worker, the John Birch Society, the LaRouche Movement, the Democratic National Committee).

Other, more insidious campaigns, such as those led by Michael Quinn Sullivan and Beto O’Rourke, have a napalm-like stickiness and pain level.

Even journalists, who don’t (shouldn’t) make political contributions but sign up to get official news from a governmental department or candidate, can soon find themselves on the receiving end of emails with blatant shills for “needed support.”

Contemporary conventional wisdom dictates that politics in the United States is more divisive than ever (it’s not, unless you ignore the 1960s, 1860s and 1760s). But maybe it’s not ideology that’s driving everyone apart. Candidates and political organizations can raise more donations by instilling fear and hatred of the opposition than by instilling pride and hope for their views.

Why convince someone that you have the best ideas when you can get money by tearing down the opposition?

Perhaps such division comes not from the stump, but from the bank account.

Roy R. Reynolds is publisher of the Madisonville Meteor. He wrote this column for The Dallas Morning News. 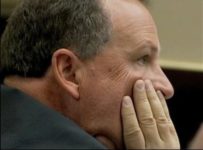