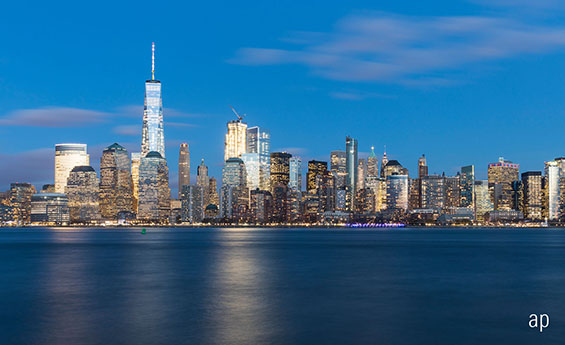 One of the narratives from the recent market downturn was the growing risk of a global recession. Following around 10-years of economic expansion, the US saw consumer confidence soften, equities slide, and corporate profits disappoint to close out 2018. China, meanwhile, caught headlines as it posted its slowest economic growth since 1990, albeit at a healthy rate of 6.6%, with many CEOs there sharing their concern over the economy. And in Europe, of course, Brexit and other geopolitical uncertainty has the continent on edge.

Most of the questions voiced thus far are: 1) What might cause the global economy to slow considerably or enter a recession? 2) How severe could a downturn be? For investors asking these questions, the logic is presumably that if economic growth is at risk, you might consider selling growth assets. However, for investors with long-term goals, we think this approach may be short sighted.

It can be tempting to predict where the economy or earnings cycle is heading. That is, in theory, we could pick when, or which part of, the market is about to weaken and seek shelter until it reaches a cyclical low. The challenge, of course, is that this approach is notoriously difficult to do because you need to predict the future twice—once to get out of risky assets at the right time and again to re-enter them at the bottom of the cycle.

So, what does that mean in a multi-asset portfolio context? To us, it means a few things. First, a key when dealing with fears of a recession is to distinguish between true risk – a negative knock to corporate fundamentals – and negative sentiment – investors repricing their expectations.

Most Recessions are Survivable

We believe investors can benefit by buying into negative sentiment, especially if they are willing to take a long-term view. The long-term nature should not be underestimated given most economic recessions prove temporary and are recoverable in the investor timeframe.

By taking such an approach, we can be anti-cyclical or “contrarian” when others aren’t. Furthermore, sustaining a recession will likely be easier if the motive is to be fearful when others are greedy and greedy when others are fearful, to paraphrase Warren Buffett. We seek to not only sustain downturns, but to help our investors profit from them. This tends to be possible because negative sentiment is often exacerbated in a crisis. For evidence, we show the difference between changes in sentiment and fundamentals during the Great Financial Crisis of 2007 to 2009.

The second consideration in a multi-asset context is to diversify our risk drivers. This goes beyond questions like whether US companies can sustain high profits or whether inflation may rise. We may seek to understand the answers to these questions within the context of valuations, but also by acknowledging the role of uncertainty.

Diversification is an important tool to manage uncertainty, however we believe it must go beyond “spreading your eggs across multiple baskets”. To us, it is about understanding the underlying risks to assets—whether that be economic or market risk factors—not just correlations or volatility.

For example, corporate bonds and equity markets can behave very differently, yet both are susceptible to an economic shock – damage to corporate earnings could cause equity values to fall and bond spreads to widen. All else being equal, this offers less diversification than holding equities with an unrelated asset such as inflation-linked bonds or nominal government bonds. The message is to diversify against fundamental risks if you want to reduce the impact of an economic recession.

Bringing this together, we don’t necessarily buy into the rhetoric that one should sell based on fears an economic recession. Naturally, we want to be diversified to reduce the impact of any downturn, but by taking a long-term view, we should only really care about a permanent impairment to earnings. Moreover, if the economic cycle dents corporate profits in the near term, we may have the opportunity to buy into the negative sentiment and ride it out until the cycle reverts. This is one of many areas we can add value, by maintaining a long-term view when others won’t.

The information contained within is for educational and informational purposes ONLY. It is not intended nor should it be considered an invitation or inducement to buy or sell a security or securities noted within nor should it be viewed as a communication intended to persuade or incite you to buy or sell security or securities noted within. Any commentary provided is the opinion of the author and should not be considered a personalised recommendation. The information contained within should not be a person’s sole basis for making an investment decision. Please contact your financial professional before making an investment decision.