The dollar held near a 19-month high on Monday, bolstered by safe-haven buying as heightened concerns of a global economic slowdown reduced appetite for riskier assets such as stocks and Asian currencies.

Weaker-than-expected economic data out of China and Europe and fears of a possible U.S. government shut down spooked investors away from stocks toward safe haven assets such as the greenback and yen.

“The dollar is clearly showing it is attractive during times of market stress,” said Ray Attrill, head of currency strategy at NAB.

The dollar index, which gauges its value versus six major peers, was little changed at 97.446, below the 19-month high of 97.71 it hit on Friday.

The Australian dollar, whose fortunes are closely tied to China’s economy, was marginally lower at $0.7174. It lost 0.3 percent of its value last week as data showed Chinese November retail sales grew at the weakest pace since 2003 and industrial output rose the least in nearly three years, underlining risks to the economy.

The offshore Chinese yuan was at 6.8995 against the dollar.

Apart from fears of a global economic slowdown, markets are also focusing on the future trajectory of U.S. monetary policy.

The Federal Reserve is set to raise interest rates by 25 basis points at its Dec. 18-19 meeting. The central bank has lifted rates eight times since December 2015 in a bid to restore policy to more normal settings after having slashed borrowing costs to near zero to combat the financial crisis a decade ago.

With the December hike largely factored in by the market, larger moves in the dollar will be guided by the Fed’s forward guidance.

According to their latest projections in September, the median view among the Fed’s policymakers was for three rate hikes in 2019. However, interest rate futures used to gauge the probability of further hikes are pricing in only one rate hike in 2019.

Recent comments by Fed officials have also been read as dovish by some analysts. Last month, Fed Chairman Jerome Powell said rates were near the range of policymakers’ estimates of “neutral” – the level at which they neither stimulate nor impede the economy

“The Fed will most likely move from an auto-pilot mode to being data dependent,” added Attrill.

The yen was 0.1 percent lower in the morning of Asian trade at 113.48 to the dollar. It strengthened against the euro and sterling last week, reflecting the risk-off mood in the financial markets.

The euro was also little changed at $1.1308, having lost 0.6 percent last week after weaker-than expected data out of France and Germany suggested that economic activity in Europe remains weak.

Sterling remained under pressure in Asian trade, down 0.02 percent at $1.2581. British trade minister Liam Fox said on Sunday talks with the European Union to secure “assurances” for parliament on Prime Minister Theresa May’s Brexit deal will take time, with a decision expected in the New Year.

— CNBC contributed to this report. 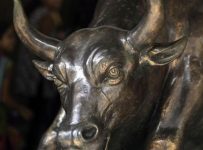 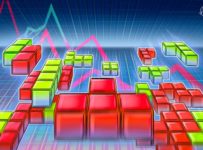 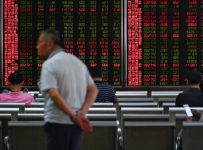