Working with just a little more than $10,000, a client list of exactly zero, and his wife, Gwen, then pregnant with their second child, he decided to leave a secure position as a sales manager at Metropolitan Life and open his own financial services firm. To get started, he got on his feet, quite literally, canvassing local CPA firms on the East End, trying to drum up business. He remembers the response of one accountant in particular.

“One of them told me, ‘I get guys like you in here every day doing this,’ ” Mr. Kosinski recalled in a recent interview. “ ‘You’ll be gone in three years.’ ”

That prediction couldn’t have been more wrong.

The story of East End Financial Group — which also has an office in East Hampton — is the story of a legacy firm, with deep roots in the East End community on both forks, and an even deeper commitment to giving back to that community, not only with the services it provides for some of the area’s best-known and respected small businesses, but through charitable work as well. It is also a business built on the foundation of strong family values. There is Mr. Kosinski, a father of four, whose sons, Joseph and Jack, are both now partners in the business; and the firm has been anchored over the decades by current president Annmarie Zilnicki, a mother of three who began as an operations associate for East End Financial Group in 1984, earned her financial planning designation certification in 1988 and became president in 2018. Mr. Kosinski credits his late wife, Gwen — who died of brain cancer in 2002 — with supporting him as he took the risk of going out on his own.

“She told me, ‘You’re a smart guy, you should do it,’ ” Mr. Kosinski recalled. “She really just let me work, and she took care of the kids, and I was always thankful to her for that.”

Mr. Kosinski said he even made a promise to his wife when he was starting out: If she gave him five years to work hard and make it a success, he would build her a dream home. He did just that in 1988, shortly before their fourth child, Jordan, was born, and the family settled into North Haven in Sag Harbor, where all four Kosinski children went to high school. Mr. Kosinski said he was offered a big job at Fidelity Investments in the early 1990s, shortly after the house was built, to head its financial planning division, but his wife encouraged him to stay the course with his own business.

Perhaps because he understood what it was like to raise a large family, Mr. Kosinski valued the contributions of one of his most dedicated employees, Ms. Zilnicki, who said he gave her the flexibility she needed as she went from being single when she first came to the company to getting married and raising three children of her own.

“In this industry, which was very male-dominated at the time, I was lucky to have John, who always had my back,” Ms. Zilnicki said, adding that her husband, Kenny Zilnicki, who himself hails from a large potato-farming family on the North Fork, was always supportive of her desire to work and advance in her career.

While allowing employees to have work-life balance and giving back to the community are cornerstones of company’s values, both Ms. Zilnicki and Mr. Kosinski emphasize that East End Financial Group’s motto can be summed up in a simple phrase: a commitment to excellence.

“I just want to deal with people and help them get to the finish line,” Mr. Kosinski said, adding that while the business has clients in 16 different states, 90% of its business comes from individuals and businesses in the five East End towns. “We are focused on continuing to do a good job for the people who have been with us for decades, like the Clark family of South Ferry, the Mullen family [of Mullen Motors]. What happens then is you become friends, and it’s the relationship that really matters, and you don’t want to jeopardize that by getting too big. We always put the clients and the community first.”

A robust commitment to charitable endeavors is a deeply entrenched philosophy at East End Financial Group, which Mr. Kosinski said gave more than $200,000 to nonprofit organizations last year alone. Mr. Kosinski and his children created the Gwen L. Kosinski Foundation in 2002, in honor of his late wife, and through a 5K race in its early days and an annual golf outing in more recent years, along with other fundraising efforts, the organization has raised more than $800,000 since its inception to fund brain cancer research. Community service is a point of pride for Mr. Kosinski and Ms. Zilnicki, and something they put in practice themselves. It’s also an extension of the commitment to excellence, Ms. Zilnicki said, and something she was taught at a young age by her own father, William Spanburgh.

“He was very big in the Kiwanis Club, along with John, and actually brought him into Kiwanis,” she said. Ms. Zilnicki is also a member of the Riverhead Rotary Club and heads its scholarship fund. The community service mentality is something that trickles down to the rest of the staff as well, Ms. Zilnicki said. Certified financial planner Mark Poitras is a member of the Sag Harbor Ambulance; Ernest Vorpahl, also a CFP, is a member of the East Hampton Fire Department and is involved with the Kendall Madison Foundation, which provides scholarships for student-athletes in the area. Jeff Connolly, another CFP, is a member of the Mattituck school board. Joe and Jack Kosinski and younger sister Jordan O’Mally run the GLK Foundation with their father and Ms. Zilnicki.

Mr. Kosinski said his upbringing has a lot to do with his commitment to community service. He grew up poor, moving to Bridgehampton from Connecticut at the age of 6 and then losing his father when he was just 10 years old. Mr. Kosinski’s mother cleaned houses for a living when he was young, and he said he has always been motivated by “high Christian values” when it comes to helping those in need.

As Mr. Kosinski looks ahead to the future, he feels confident that the commitment to service will remain strong, even as he, at the age of 70, is in transition when it comes to his role in the company he founded, now focusing primarily on helping clients set up their own charitable endeavors. He’s proud to see his sons take active roles as partners in the business and pointed out that Jordan started working for the company in August. (His oldest child, daughter Jaime, has also been heavily involved with the GLK Foundation from the start, but does not work for the company.)

Mr. Kosinski said he is confident in Ms. Zilnicki’s abilities and leadership to continue to steer the company in the right direction, and even ventured to hope that one day his grandchildren might continue to lead the firm into the future. 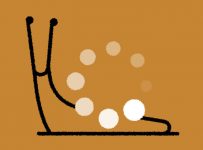