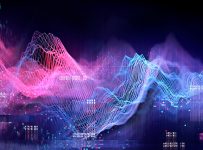 McALLEN, Tex. — The former president of Mexico was accused of taking a $100 million bribe from El Chapo. A former sheriff in South Texas took far less from El Gallo — about $100,000.

El Gallo — Tomas Reyes Gonzalez, a drug trafficker now in federal prison — supplied the cash to the former Hidalgo County sheriff, Guadalupe Trevino, for his re-election campaign. Another former Hidalgo County sheriff took bribes to allow a convicted drug dealer to have conjugal visits at the county jail, including in the jail library and in the sheriff’s private office. Yet another former sheriff in neighboring Cameron County protected and assisted cocaine dealers, and is now Federal Inmate No. 51689-179.

The corruption that took down those three border sheriffs in 1994, 2005 and 2014 continues today. Next month, the former police chief in the town of La Joya is scheduled to go on trial, after he was indicted on drug charges and accused by federal authorities of helping a drug-trafficking organization transport narcotics while working as a police sergeant in Progreso, Tex.

The much-watched trial of the Mexican drug lord known as El Chapo — whose real name is Joaquín Guzmán Loera and who was convicted last week in a New York courtroom — shed light on the hold that drug traffickers and their money have on the police and politicians in Mexico. One witness at Mr. Guzmán’s trial testified that the Mexican president had taken a $100 million bribe in exchange for calling off a nationwide manhunt for the drug kingpin.

But corruption and drug money flow on the United States side of the border as well. Mr. Trevino and the other imprisoned former lawmen in South Texas are but a sampling. More than 100 local, state and federal law enforcement officials have been indicted on drug-related corruption charges on America’s southwest border since the 1990s. In just one agency, the Border Patrol, officials said 77 employees were arrested or indicted on corruption charges in the fiscal years from 2005 to 2017.

“The money can be an extremely tempting thing,” said Kenneth Magidson, who served as the top federal prosecutor in South Texas from 2011 to 2017 as the United States attorney in Houston and whose office prosecuted Mr. Trevino and other former law enforcement officials. “It’s hard to say no.”

Mr. Trevino had built a decades-long career in law enforcement; his son is a former Mission, Tex., police officer now in federal prison for his role in a corrupt antidrug task force. Mr. Trevino, now 69, returned to his hometown, McAllen, after he was officially released from federal custody last month, but politely declined to comment. “I don’t want to relive any of that stuff,” he said.

In the Rio Grande Valley in Texas, drug money has a muted yet undeniable presence. It is evident not just in the corruption scandals, but in everyday life, as the illicit profits of the drug trade fuel both legitimate commerce and the underground economy. Drug dealers and their relatives and associates come to the Valley to buy luxury vehicles, build heavily secured mansions, enjoy the night life in the cities of McAllen and Brownsville and gamble for cash in the popular but illegal slot-machine casinos.

W. F. Strong, a professor of communication at the University of Texas Rio Grande Valley in Brownsville and a 30-year resident of the area, called drug money the WD-40 of the Valley. “It’s the oil that makes the machinery work, in all kinds of ways that we don’t fully understand,” Professor Strong said.

No one knows exactly how much of that oil is lubricating the economy.

“There is an underground economy that’s fueled by drug proceeds,” said Will R. Glaspy, the special agent in charge of the Drug Enforcement Administration’s Houston division, which includes the Rio Grande Valley. “You see drug money that’s being utilized to start businesses, prop businesses up. You have legitimate businesses that are unknowingly being supported by illegal drug money. I can’t put a dollar figure on it, and I won’t limit it to just the Rio Grande Valley. It happens in Houston. It happens in San Antonio. It happens in a lot of our border communities.”

Such activity does not lead to cartel gun battles in parking lots or random street violence. Valley residents over all feel safe, and are safe, as they enjoy the year-round sunshine beneath wind-tussled palm trees in low-crime cities. McAllen had zero murders in 2018, down from seven in 2017. Brownsville had two homicides in 2018, down from six in 2017.

Brownsville’s congressman, Representative Filemon B. Vela Jr., is so unconcerned about theft that he keeps his keys in his vehicle. To prove his point, after a recent interview at a cafe near the federal courthouse that bears his father’s name, Mr. Vela walked to the parking lot, opened the door of his minivan and showed off the keys, on a tray next to the cup holders.

Many residents and officials hesitate to even discuss the presence of drug money, fearing it will perpetuate the false narrative that border cities are chaotic, violent places, an image that is a source of great frustration to many local residents. They said the public corruption in Texas border cities was no different from the public corruption elsewhere around the country.

“Obviously, we have a lot of issues along the border dealing with drug money and attempted bribery of many law enforcement, from our sheriffs to some of our Border Patrol agents and other law enforcement, but that also happens in Chicago and New York and a lot of other places,” said State Senator Juan Hinojosa, a Democrat whose district includes Mission and other border towns. “It’s not unique to the Valley, but we’re right on the border, so there’s more of a focus on it.”

When Mr. Hinojosa worked as a lawyer in McAllen decades ago, he represented drug dealers who were fighting their charges in court. He had only a few cases, he said.

“Back in the early ’80s and the ’70s, it was different in the sense that a lot of the defendants in criminal drug cases would pay cash,” Mr. Hinojosa said. “I cannot verify, but I’ve heard attorneys who were offered $50,000, $60,000, $80,000 cash,” he said. “I think law enforcement has really clamped down, not only on drug smuggling but the Wild West culture that used to exist.”

The influence of the drug trade runs just under the surface of Valley life. People sometimes brush up against it unexpectedly.

One March night last year at the Sky Sportsbar and Lounge in Brownsville, the evening was winding down when a young man suddenly pulled out a handgun, told everyone he was a United States marshal and ordered the patrons to leave or face arrest. On his neck was a gold Cameron County District Attorney’s Office badge.

The young man, it turns out, was neither a marshal nor a prosecutor. He was the son of the former head of Mexico’s Gulf cartel. Osiel Cardenas Jr., 26, was arrested that night after officers found him, intoxicated, in the parking lot.

“That’s kind of one of those surreal moments,” said Agent Glaspy with the D.E.A.

Mr. Cardenas’s father was sentenced in 2010 to 25 years in a federal prison in Colorado known as the Alcatraz of the Rockies (the same one where El Chapo is likely to be sent).

In Brownsville, Mr. Cardenas was convicted of a firearms charge and impersonating a marshal. A former Sky bar employee said business noticeably dropped in the aftermath of the incident. But that was months ago. Lately, business has bounced back. 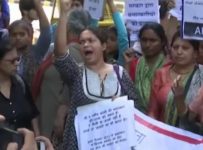 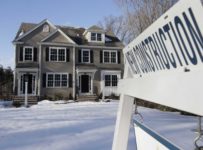