The business-cycle index, which tracks the number of jobs, unemployment rate, wages and retail sales, increased for the 12th straight month in August, according to the latest Federal Reserve data. The index is used by economists to answer the question: How is the economy doing?

The unemployment rate has remained below 5 percent for the past two years, the Fed data show. The last time that happened was in 1972, when Richard Nixon was president and “American Pie” was climbing the charts.

“We’ve seen the economy performing at a strong pace, and growth has accelerated over the past couple of months,” said Roberto Coronado, vice president in charge and senior economist at the El Paso Branch of the Federal Reserve Bank of Dallas.

Traditionally, employment growth in El Paso has averaged about 1.5 percent. Right now, it’s growing at more than 2 percent, Coronado said. And the unemployment rate is 4.3 percent.

As competition for workers becomes fiercer, wages may be beginning to creep up in the Sun City. Preliminary data indicate that wages are rising at rates in excess of inflation this year, according to the most recent Borderplex Business Barometer published by the University of Texas at El Paso.

Nationwide, the housing market is cooling off, but in El Paso, sales remain strong. Home sales are at an all-time high, and the monthly supply of housing fell to 4.2 months in August – the lowest since 2006, according to the Fed data.

“Right now, economic times are probably as good as they are going to be,” said Tom Fullerton, an economist at UTEP. “If the El Paso economy is not at its business-cycle peak, it is probably getting close to it.”

Despite all of the good news, the economists said there are several things that could slow the economy.

Fullerton said he is concerned about skyrocketing federal deficits and debt, fueled by recent boosts in federal spending and tax cuts. Particularly concerning, he said, is that the federal deficit is increasing at a time when the economy is booming and the country can afford to pay down some of its debt.

Also acting as a drag on the local economy, he said, are President Trump’s aggressive trade policies and rhetoric – most recently, his threats to close the border in response to the migrant caravan heading toward the U.S. through Mexico.

Whenever the president talks about closing the border, levying tariffs or renegotiating key trade agreements, “it causes the peso to weaken at least temporarily and makes businesses reluctant to invest in Juárez and the state of Chihuahua at large,” Fullerton said. “If that continues or any of the threats materialize, that could have a chilling effect on the regional economy.”

The new NAFTA agreement, renamed the United States-Mexico-Canada Agreement, has relieved some of the uncertainty, Coronado said.

“The business contacts we have feel more optimistic about the trade relationship with Mexico, which is critical for the region,” he said.

In the meantime, warehouse space has gotten harder to find in El Paso with the industrial vacancy rate falling to 6.8 percent in September, which has pushed up rents.

So far, that hasn’t been enough to entice investors to build more warehouse space, but that may be changing.

El Paso-based Hanson Asset Management announced last week the completion of El Paso’s first warehouse built “on spec,” meaning without a tenant lined up. It’s the first time such a building has been built in El Paso since the recession in 2008, according to global financial services firm CBRE.

Pilot Freight Services recently signed a lease to occupy the 87,726-square-foot building at 445 Pan American in the Mission Valley, according to CBRE, which represented Hanson in the deal.

Hanson Asset Management has started construction on a larger, 125,000-square-foot building and has plans for a third. 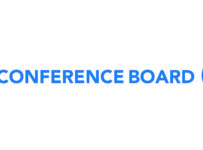 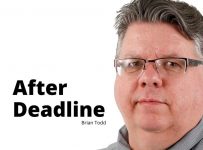 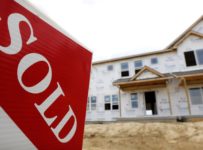