Donald Trump’s trade tariffs are causing tremors in global markets. Emerging economies from Turkey to China are finding it more expensive to export to the US. Investors who put their money in safe havens after the 2012 Greek crisis are nervous again. The FTSE Emerging Index of stocks in the developing world tumbled last week, taking the decline in its value since the beginning of the year to more than 20%.

It is not only the US president troubling investors though. The country’s central bank, the Federal Reserve, has quadrupled interest rates in the last couple of years. Countries that borrowed heavily in dollars to fund their growth face the prospect of paying a heavy price in extra interest payments. It is a crippling bill that has already forced Argentina to seek help from the International Monetary Fund. Others could follow:

The arrest and charging of Andrew Brunson, a US evangelist pastor based in Izmir on Turkey’s Aegean coast, riled Trump and triggered tit-for-tat trade sanctions. Trump accused the Turkish president, Recep Tayyip Erdoğan, of undermining human rights but rather than pursue the case through diplomatic channels, he imposed higher tariffs on Turkish exports of steel, aluminium and cars.

Erdoğan retaliated with higher import duties on US alcohol, cars and tobacco. The US Treasury secretary, Steve Mnuchin, said last week he was prepared to escalate the row with a second round of sanctions.

Turkey was already in a vulnerable position. Some of its biggest businesses have grown quickly in the last 10 years fuelled by cheap credit. This credit costs much more now, leaving companies that need to remortgage their loans with crippling refinancing costs.

The Turkish lira has dropped 40% in value since January as investors, believing the country could be forced to agree a rescue bailout from the International Monetary Fund, have deserted.

India is a big importer of everything from crude oil and electronics to gold, on which the country is expected to spend around $600bn (£471bn) in this financial year. Its trade deficit widened to $18bn in July, the highest figure in more than five years.

With trade tariff threats and other protectionist measures being put in place by the Trump administration, specifically on steel and aluminium, inflation could rise toward 5% from the 4.2% reported last month.

Like Turkish firms, Indian companies have also raised vast funds overseas at cheap loan rates and are worried about the rise in servicing costs. The country’s external debt rose to $530bn at the end of March, of which 42% constituted debt maturing by March next year, almost certainly at higher rates.

No wonder the rupee has tumbled this year to a record low, though the 9% fall is modest compared with other emerging market economies.

Buenos Aires shares similar vulnerabilities to Turkey in the shape of twin deficits (in its public spending balance of payments and need to refinance loans with US banks).

After a month of relative calm for the peso, the Turkey crisis prompted the Argentinian currency to tumble. It triggered a quick response from the country’s central bank, which increased interest rates by five percentage points to 45%.

Argentina is also dealing with a huge political corruption scandal. A former vice-president has been sent to jail and more officials are expected to follow.

It has already agreed an IMF bailout.

South Africa, Ukraine, Mexico, Indonesia and Brazil are all dealing with depreciating currencies because of worries about their stability in a world riven with destabilising trade tariffs.

Aside from the Turkish lira and Argentine peso, the worst-hit emerging market currency last week was South Africa’s rand, which fell by more than 10% on Monday.

The country’s president, Cyril Ramaphosa, who took over from Jacob Zuma in February, has promised to revitalise the country’s economy but faces a public sector deficit, a balance of payments deficit and persistent corruption scandals.

Ramaphosa has succeeded in wining pledges from Saudi Arabia and China to invest huge sums in the country’s infrastructure and financial system but it has not proved enough yet to placate nervous investors.

Many analysts believe the trials faced by Turkey are a sideshow compared to Beijing’s problems. China has wrestled with slowing GDP growth and the Trump trade war for a year and Xi Jinping seems content to respond with measures that just make Trump madder.

The central bank is pumping money into its financial system to make lending cheaper, which has had the effect of driving the yuan lower against the dollar.

This is the opposite move to the US Federal Reserve, which is winding down quantitative easing and raising interests to make lending more expensive. While Trump lauds the strong dollar in his tweets, he is furious at the low value of the yuan, which makes Chinese imports into the US cheaper and offsets the effect of any tariffs he levies.

Some investors believe it will lead Trump to double the tariffs. To make matters worse, some of China’s biggest companies have reported a decline in profits in recent weeks. 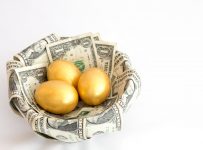