Stateside, nonfarm payrolls grew by 157,000, lower than expected, while U.S. unemployment fell a tenth of a percentage point to 3.9 percent. Analysts had forecast an increase of 190,000. The data nevertheless reflected a strong U.S. labor market.

On Wall Street, stocks opened little changed as trade war fears weighed on sentiment. China said Friday it was preparing retaliatory measures against U.S. tariffs, targeting $60 billion worth of U.S. goods with import duties of between 5 percent and 25 percent.

Back in Europe, U.K. Prime Minister Theresa May is set to meet French President Emmanuel Macron at his official summer residence in an attempt to bolster support for her Brexit plan.

Meanwhile, sterling briefly fell below $1.30 on Friday after Bank of England Governor Mark Carney said in an interview that there was an “uncomfortably high” risk of a no-Brexit deal.

Euro zone retail sales grew for a second consecutive month in June, despite a pick-up in energy prices. The Eurostat said Friday that retail sales rose 0.3 percent in June from May and 1.2 percent higher on the year. Separately, euro zone business growth fell sightly in the month of July compared to June. 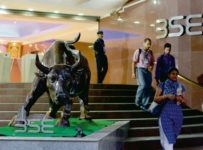 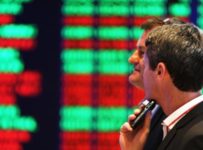