European stocks hit a three-month low, dragged down by travel and energy shares, as hopes for a rapid recovery from the pandemic dimmed.

The region wide Stoxx 600 index fell by 0.9 per cent to the lowest level since late June. The oil and gas sector dipped 1.1 per cent with travel and leisure stocks off 0.8 per cent.

This followed a sell-off on Wall Street on Wednesday, in a pattern that reversed the market trends of the summer, when August served up the biggest monthly equities bonanza for more than three decades, the US dollar languished and gold hit record highs.

“We are at the end of the third quarter and what has filtered through from the latest economic indicators is that the shape of the recovery will be bumpy as new lockdown restrictions are enforced across the world,” said Alessia Berardi, investment strategist at fund manager Amundi.

On Thursday, the dollar, which is viewed as a haven from market volatility, held on to a two-month high against trading partner currencies. The index tracking the dollar’s moves against rivals has gained 2.6 per cent so far this month leaving it on track for the sharpest monthly increase since late 2016.

Gold, which often moves inversely to the dollar, drifted to a two-month low of $1,851 per troy ounce, having reached a record high of more than $2,000 in August.

There was no one factor driving Thursday’s stock decline in Europe, Ms Berardi said, but rather a confluence of negative events over the past few days. Activity in Europe’s services sector declined unexpectedly in September, a closely watched survey released on Wednesday showed, while England and Scotland announced new lockdown rules.

On Wednesday, US health officials also played down hopes of a viable coronavirus vaccine being ready before the November presidential election, despite promises from Donald Trump that one would be ready “within weeks”.

Ms Berardi also referred to warnings made by officials from the Federal Reserve in recent days that the US central bank’s massive monetary stimulus will not be enough to support the world’s largest economy through the pandemic unless it is matched by government stimulus spending.

The economy is recovering robustly, but we are still in a deep hole,” Richard Clarida, Fed vice-chairman, told Bloomberg Television on Wednesday.

Such comments, Ms Berardi explained, would probably not lead to “strong and active moves” from Washington until after the November elections. “With the election on the way the fiscal actions will be limited to damage control rather than any strong spending package,” Ms Berardi said. “Markets are beginning to work this out.”

Mike Bell, global market strategist at JPMorgan, said: “If fiscal support fades too soon then it’s equivalent to putting up interest rates too soon. The risk this time of ‘double dip’ is that we’re hit from a second wave or virus or if you get premature fiscal tightening.”

US stock markets were tipped to open lower later in the day, with futures contracts on the S&P 500 down 0.1 per cent and those on the Nasdaq 100 0.5 per cent lower.

The S&P shed 2.4 per cent on Wednesday after the Fed warning and has now dropped 9 per cent from its record high in August.

European government bonds were in demand, as traders placed further bets that the bloc’s central bank will keep buying them to support the recovery. The yield on 10-year German debt, which falls as prices rise, dipped by 0.02 percentage points to minus 0.524 per cent. 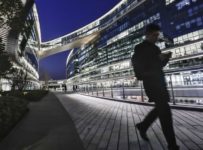 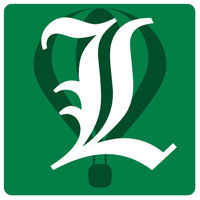