World No 1 Dustin Johnson registered a third win in eight worldwide starts with a two-stroke victory at the European Tour’s Saudi International; Justin Rose and Tony Finau share second ahead of Victor Perez and Calum Hill

Dustin Johnson has extended his advantage at the top of the world rankings after holding on for a two-stroke victory at the Saudi International.

The world No 1 posted a two-under 68 at Royal Greens Golf and Country Club to finish on 15 under and win the event for the second time in three years.

Johnson took a two-shot lead into the final day and never left top spot during a tense Sunday, despite struggling on the greens, to finish two ahead of Justin Rose and Tony Finau.

Rose carded a bogey-free 65 and Finau held a share of the lead until two late bogeys, while Victor Perez finished tied-fourth on 12 under alongside Scotland’s Calum Hill.

Johnson opened with three straight pars before making a tap-in birdie at the par-five fourth, after missing his 12-foot eagle try, as Perez picked up a shot from close range at the second and holed a 20-footer at the ninth to reach the turn within one of the lead.

The world No 1 missed birdie opportunities from inside six feet at the 10th and 12th, allowing Finau to briefly move into a share of the lead by following a front-nine 33 with three consecutive birdies from the 11th.

Johnson edged back ahead with a 10-foot birdie at the 13th and produced a delightful up and down to save par at the next, only for Perez to close the gap to one with a birdie at the 15th.

Perez’s hopes were ended by a double-bogey at the 16th, while Finau – playing in the group ahead – also slipped back after following a three-putt bogey on the same par-three by failing to get up and down from the sand at the next.

Johnson missed a six-footer to save par at the 16th but made amends with a tap-in birdie at the next to take a two-shot lead to the par-five last, where a two-putt par was enough to complete a first victory of 2021.

A round-of-the-day 62 lifted Rasmus Hojgaard into a share of sixth alongside Viktor Hovland, Tyrrell Hatton and Ryan Fox, while Thomas Pieters ended tied-10th on 10 under with George Coetzee.

Paul Casey and Sergio Garcia finished six shots back after rounds of 67 and 70 respectively, with Bryson DeChambau posting a one-under 69 to join Ian Poulter and Martin Kaymer in tied-18th.

Get the best prices and book a round at one of 1,700 courses across the UK & Ireland 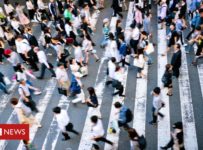