HONOLULU(KHON2) – Voter turnout has lagged year after year with Hawaii consistently coming in last at the polls. An event this weekend aims to encourage voters to do their civic duty while avoiding the negative political bickering.

“If we have to schedule a bunch of great musicians and pick up some great food and invite people down for kind of a hang out party type situation in order to get people excited about voting, then that’s what we’ll do,” exlained Will Caron.

Caron is talking about the People to the Polls event happening Saturday, August 4 from 10:00 a.m. To 4:00 p.m. at the State Capitol. He’s a member of the Young Progressives Demanding Action and this is their way of encouraging voters to get back to the polls.

“Our state has notoriously low voter turn out so we are trying to make it fun and engaging and help people feel like they’re part of something, part of the community so that they are eager to participate rather than reluctant,” Caron said.

Statistics show Hawaii has had the lowest voter turnout for the last three presidential elections in a row.

And primary election numbers have continued to dip the last four elections.

“The primary election on August 11 is generally the one in which fewer voters participate. More people cast ballots in the general because they think it’s more important,” Caron said.

But he said that is wrong. The primary is extremely important.

“It will make a big difference on the future of Hawaii for years and decades to come,” Caron said.

Caron explained that there are countless reasons people avoid the polls.

“There’s socioeconomic ones as well as social media-based ones…Just the overwhelming sense that in the media and in, online discussions that our votes don’t matter, that they don’t count… another reason why people don’t want to vote is because they’re turned off by the politics of the situation, the constant fighting among politicians,” Caron said.

He said the People to the Polls event is a non partisan event and no candidates, and even promotion of them is allowed.

“We wanted to take that element out and really focus on education and advocacy,” Caron said.

“Honestly, the easiest thing is for people to come and join us down at people at the polls this Saturday and have some free food and listen to some music and make an informed vote…And then at any point in the day people are encouraged to make their way across the street over to Honolulu Hale to take advantage of the state’s early voting and same-day registration programs,” Caron said.

The primary election is Saturday, August 11. KHON2 will begin coverage at 6:00 p.m. And bring you live updates on air and online throughout the evening. 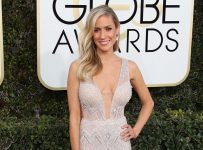