Eyevensys, a privately held, clinical-stage biotechnology company developing non-viral gene therapies for ophthalmic diseases, today announced it has been accepted into the French Tech 120 program for 2021.

This government-backed program, run by La French Tech, offers support for 120 French startups considered late-stage and in a hypergrowth phase. Participating companies benefit from a variety of initiatives designed to support the needs of companies in this stage, such as unlimited access to government, public and ministry services, as well as tailored services from partner agencies. Participants will also benefit from collaboration with the French Tech 120 community, and a needs analysis that will help shape future regulations.

“We are honored to be chosen for the French Tech 120 program, and excited about the opportunities that this presents for our growing company as we move to build on the achievements and learnings from our early-stage trials validating our sustained ocular drug delivery technology platform which harnesses the power of gene therapy to deliver therapeutic proteins to the back of the eye for at least 6 months or more,” said Patricia Zilliox, PhD, President and CEO. “As we continue to move forward with our programs, including our work in wet AMD and retinitis pigmentosa, we are thrilled to have the backing of the La French Tech program to help move us closer to our goal of offering patients more convenient and less invasive treatment options for these and other conditions.”

The company has developed an Electrotransfection System, novel medical devices that use electroportation to deliver proprietary DNA plasmids encoding therapeutic proteins to the ciliary muscle of the eye. The Eyevensys technology turns the eye into a biofactory, allowing the ciliary muscle to produce the therapeutic protein. The secreted protein reaches the back of the eye, including the retina and choroid.

Early versions of the Electrotransfection System were recently validated in early-stage trials of EYS606 targeting the treatment of chronic non-infectious uveitis. Further optimized versions of the technology will be introduced for subsequent development programs, including Eyevensys’ priority development project EYS809, which is being developed for Wet AMD, and EYS611, which will initially target retinitis pigmentosa. Studies for these therapies in development are in the pre-clinical and IND-enabling stages, respectively.

Eyevensys is a privately held, clinical-stage biotechnology company developing its innovative technology to enable the sustained intraocular production of therapeutic proteins to treat a broad range of ophthalmic diseases.

The Eyevensys technology, developed by Pr. Francine Behar-Cohen, uses electroporation to deliver proprietary DNA plasmids encoding therapeutic proteins into the ciliary muscle of the eye. This approach which induces the sustained intraocular production of therapeutic proteins was developed to reduce the need for repeated intravitreal injections and to expand treatment options for back of the eye diseases.

Eyevensys is advancing a dual gene plasmid, EYS809, expressing two therapeutic proteins, a potent VEGF inhibitor and an endogenous protein with anti-angiogenic and antifibrotic properties for the treatment of wet AMD which also has the potential be a treatment for diabetic retinopathy, diabetic macular edema and central retinal vein occlusion.

Eyevensys is also developing EYS611, a treatment for Retinitis Pigmentosa and potentially other retinal degenerative conditions including glaucoma and the later stages of Dry AMD. The treatment encodes for a potent iron chelator with antioxidant and endogenous neuroprotective properties. In animal models, the treatment has been shown to be safe and effective at preserving and slowing the degeneration of retinal structure and function. EYS611 has been granted Orphan drug designation for the treatment of retinitis pigmentosa in the EU and in the US.

Additionally, Eyevensys has developed EYS606 as a potential new treatment for patients with chronic non-infectious uveitis (NIU). The therapy has been used to validate the proprietary Electrotransfection System, which in the case of EYS606, is combined with plasmids encoding for the production of a potent fusion protein which neutralizes the activity of TNFα, a cytokine that has been shown to play a pivotal role in mediating intraocular inflammation in NIU. EYS606 is currently being investigated in two ongoing clinical trials, a phase I/II study in the EU and the Electro Study, a phase II clincal trial in the US. EYS606 has been granted an Orphan drug designation by the European Medicines Agency (EMA) for the treatment of NIU.

Eyevensys was founded in 2008. The company has offices in Paris, France and the U.S. The company is funded by the Boehringer Ingelheim Venture Fund, Pureos Bioventures, Bpifrance through the Innobio Fund, CapDecisif, Inserm Transfert Initiative, Pontifax and the Global Health Sciences Fund. 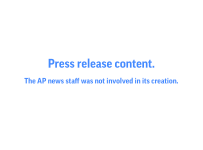 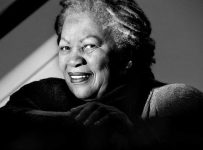 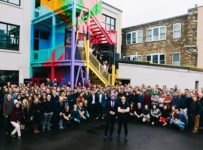