The Florida Tech women’s golf team, told in February the program was being eliminated, isn’t quite ready to turn in its scorecard just yet.

Florida Tech finished the regular season strong, battled through regionals and advanced out of stroke play at the NCAA Div. II women’s golf championships atop the leaderboard.

On Friday morning, the Panthers reached the national semifinals after defeating Findlay.

Then in the afternoon, Florida Tech rallied to take down Southwest Oklahoma State to reach the finals at PGA National in Palm Beach Gardens, Fla.

And now, Florida Tech will play for a national championship on Saturday in its final match in program history.

Tech comes back to beat SW Oklahoma State in the @NCAADII Semifinals!!

Tomorrow is the last day in our program’s history and we get to play for the National Championship 🏆🏆 pic.twitter.com/mq1r2FNxpz

The university considered many factors in deciding which varsity sports would be discontinued, Jurgens said, including the state of available facilities, squad size and potential to be competitive.

Five weeks later, it’s now on the doorstep of winning it all.

Florida Tech will take on either Cal State San Marcos or University of Indianapolis, the 2018 champ.

floridatoday.com contributed to this article. 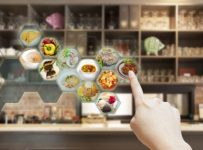 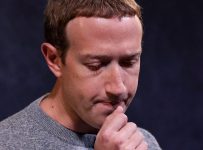 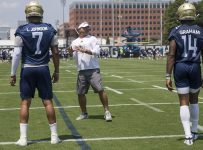